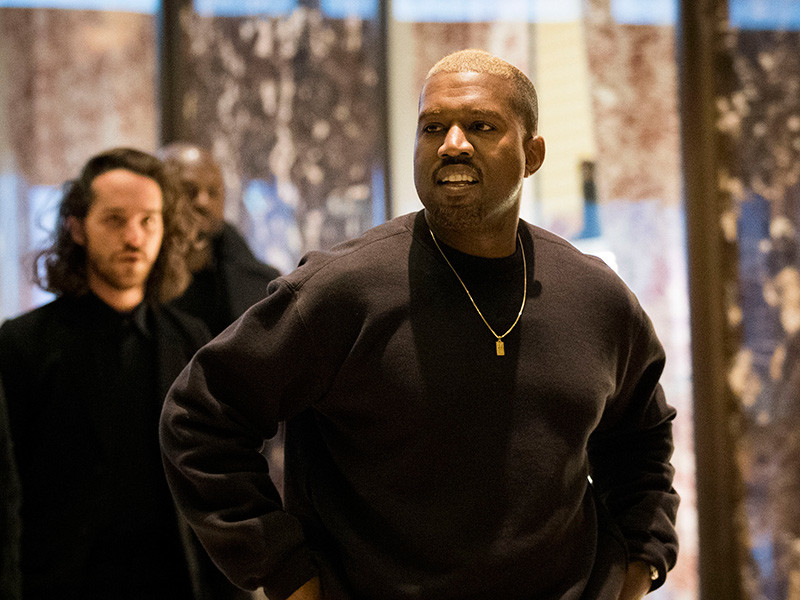 Kanye West had a brief meeting with President-elect Donald Trump this morning, after which the two posed for photos in front of the press pool — but very little emerged about what was actually discussed.

When asked what the topics of conversation had been, Donald Trump sharply replied “Life,” and that appeared to be that.

When Kanye was asked questions by reporters, he smiled and said “I just want y’all to take a photo.”

As the two parted ways, Trump said to West “So long man, take care of yourself,” before patting the rapper on the shoulder. West had recently left hospital following a bout of temporary psychosis brought on by lack of sleep and dehydration. Briefly before entering hospital, he controversially admitted that he had not voted but if he had, he would have voted for Trump.

Unsurprisingly, the social media has been ablaze in response to the meeting of two of the world’s most meme-able people.

Trump is meeting with Kanye because Kanye is designing the uniforms for the camps. pic.twitter.com/mxsCdQgL1v

Kanye & Trump are basically gonna be recording Watch The Throne 2 over the course of 2017.

I'm Bey & Jay when I found out Kanye was meeting with Trump ? pic.twitter.com/UlSOgZVk2e

KANYE: I made The College Dropout
TRUMP: I also made an entire college drop out pic.twitter.com/IYpEAuctnj

Trump Team: "How can we get people to stop talking about Russia?"
Conway: "Lemme call Kanye." pic.twitter.com/pUJPbFrNJP

Why did Kanye West have a meeting with Donald Trump today? When West left, Trump said "I'll see you soon." #TrumpTransition pic.twitter.com/sf6ThSWcXC

Kanye & Trump are going to exit Trump's office for the photo op and Donald's going to turn around like: pic.twitter.com/7VZr7rddnK

TRUMP: So what would your plan be to fight ISIS?
KANYE: Nothing in life is promised except death.
TRUMP: [Picks up phone.] Get me Mad Dog.