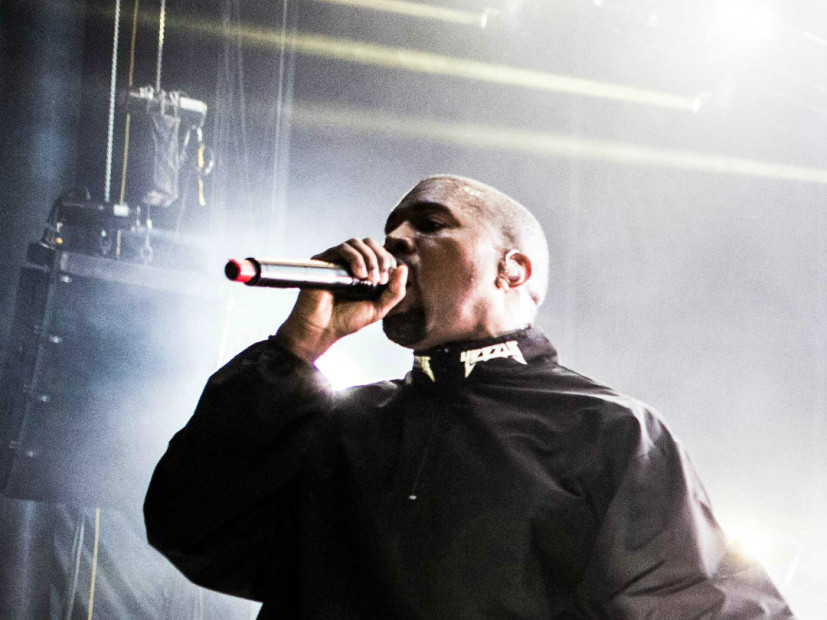 Kanye West Reportedly Still On The Mend After Hospitalization

Los Angeles, CA – Kanye West was (of course) invited to the 59th Annual Grammy Music Awards, but opted to not attend the ceremony despite his multiple nominations, including The Life of Pablo‘s nod for Best Rap Album. Perhaps he simply forgot he is one of the music industry’s most coveted talents. According to one of West’s longtime collaborators (and the producer for Beyonce’s LEMONADE) — Chi-town artist Malik Yusef — Yeezy is still recovering from his November hospitalization. He says that part of West’s condition included memory loss after he was admitted to the hospital for his apparent “exhaustion.” Coupled with his wife Kim Kardashian-West’s traumatic robbery in Paris, France, 2016 was not exactly an easy one for the famous family.

In an interview with PopSugar, at the Grammys red carpet, Yusef mentioned Yeezy has been experiencing memory loss since his week-long hospital stay. “I’ve been to his house [and] sat down with him for about six, seven hours, just walking through his health and recovery,” Yusef explained. “His memory is coming back, which is super good. [He’s] just healing, spending time with his family.”

For now, West is taking a break from making music while he focuses on his health. Watch the brief interview above.