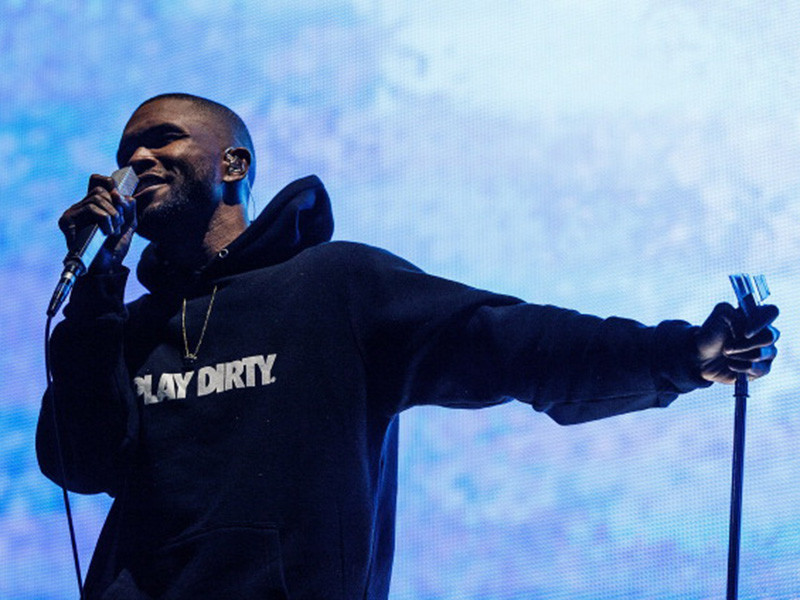 Frank Ocean and the Grammy Awards are not on good terms right now, with the R&B crooner opting to not submit his latest projects for consideration and questioning the relevancy of the awards. Producers for the show recently responded to Ocean’s negative outlook on the awards in an interview with Rolling Stone, and criticized Ocean’s 2013 performance of “Forrest Gump,” calling it “faulty.”

This has prompted a biting Tumblr post from Ocean, where he responds that the Grammys were faulty for giving Taylor Swift’s 1989 Album Of The Year over Kendrick Lamar’s acclaimed To Pimp A Butterfly at last year’s awards.

Ocean wrote the Tumblr post in response to a Rolling Stone podcast interview where the award show’s producer Ken Ehrlich and writer David Wild discussed Ocean’s decision to not submit his latest album, Blonde, for award consideration this year, amid other criticism.

The pair mentioned that Ocean’s Grammy performance in 2013 was “not good TV,” but say they supported his vision nonetheless by going on with the show.

Portions of Ocean’s Tumblr post in response is as follows:

“Ok Ken (and David). As much as I hate to make you guys famous or even respond to you directly. We all die one day and you’re old so fuck it. Yea yea my 2013 performance at the Grammys was absolute shit. Technical difficulties, blah blah. Thanks for the reminder. Very much appreciated. Fuck that performance though. You think that’s why I kept my work out of the Grammy process this year? Don’t you think I would’ve wanted to play the show to ‘redeem’ myself if I felt that way?

“I’ve actually been tuning into CBS around this time of year for a while to see who gets the top honor and you know what’s really not ‘great TV’ guys? 1989 getting album of the year over To Pimp A Butterfly. Hands down one of the most ‘faulty’ TV moments I’ve seen.”

The producers of the show also zeroed in on the wave of other notable names who are skipping the awards this year, including Kanye West, Drake and Justin Bieber. Ehrlich and Wild claimed that they’ve put out invites to several stars but said very few confirmed for varying reasons, although the pair held out hope that Bieber might make an appearance.

Check out Frank Ocean’s 2013 Grammy Awards performance in the clip below.