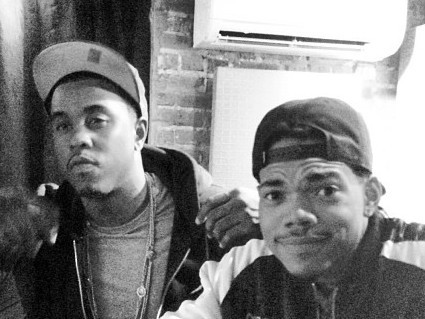 Chance The Rapper Shows He's Got Jeremih's Back

Chicago, IL – After officially being dropped from the Summer’s Over Tour headlined by PARTYNEXTDOOR, Jeremih still found a stage to perform on when Chance The Rapper invited him to an open mic event in their hometown of Chicago yesterday (December 5).

The singer performed “Planez” and “Oui” to the crowd at the OpenMike community event that has been going on for nearly two years as Chance seeks to empower the youth in the Windy City.

It was announced over the weekend that Jeremih was booted from the Summer’s Over Tour lineup after he stormed off stage in Chicago and reportedly sent out a decoy to perform for him in Houston before dissing his OVO tour partner at another concert.

Chance enlisted the singer for the Coloring Book cut “Summer Friends.” He appeared on the remix for Jeremih’s “Pass Dat” and is possibly appearing on Jeremih’s next album, Later That Night. They also performed together at Diddy’s Bad Boy Family Reunion tour stop in Chicago.

So while fans become disgruntled, Jeremih can know he has his homie’s support.

Check out some footage of the OpenMike event below.