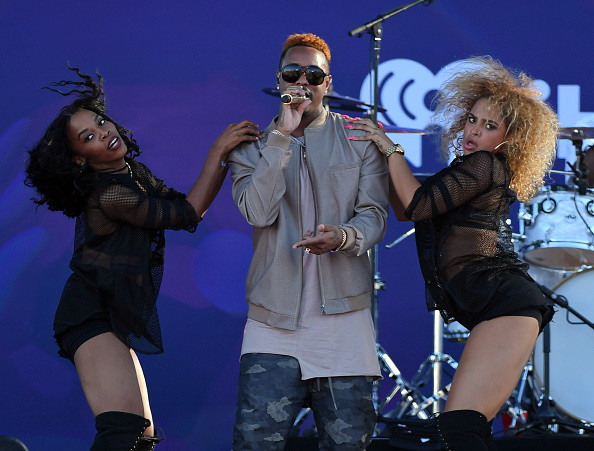 Houston, TX – Trouble magnet R&B star Jeremih’s live shows have been mired with bizarre behavior as of late, but few could have foreseen the sheer level of tomfoolery he got himself into last night in Houston.

After confusing and disappointing his hometown Chicago crowd by abruptly walking off the stage a whopping two songs deep a couple of nights ago, fans at Houston’s Revention Music Center were understandably angered after they apparently spotted a singer not named Jeremih doing his best Jeremih impression.

Sources revealed to Bossip that the stunt double stunt was the latest in conflicts between Jeremih and PARTYNEXTDOOR as the October Very Own singer’s Summer’s Over Tour blows full steam ahead. Allegedly, Jeremih, who is seven years deep in the game compared to PND’s three, feels his name should be shining just as bright on venue marquees nationwide, leading to much friction to the detriment of fans and their hard-earned dollars towards ticket sales.

Fans in attendance at the H-Town show took to social media to capture a shadowy figure draped in a hoodie and sunglasses performing in between two pole dancers as a clear-as-day CDQ recording of “Planes” blared through the speakers.

@angelayee A video of the supposed @Jeremih last night in Houston. We don't believe it was him pic.twitter.com/DPTiv0PHKP

That fake @Jeremih they brought out in Houston wore a hoodie & hat the whole show sliding from his fans like Usher ???

People complain about @kanyewest cancelling tours and shows but this bitch @Jeremih sent out a fucking stunt double in Houston.

Lol @ the fact we were paying to see Partynextdoor and he pulled this bitch ass stunt. Fuck @Jeremih ?????? https://t.co/12rAsosF3B

As of press time, Jeremih has yet to address this latest controversy but he has yet to delete his tweets where he explained what happened when he walked off the stage at the Aragon Ballroom.

“Chicago u know I love y’all ‘, I didn’t say “fuck y’all” I said “ah they some hatas! Fuck yalll! (to the sound people) that cut off my ears while performing,” he wrote while going to elaborate how “they” (presumably PND’s camp) didn’t want him to perform on some DJ Khaled shit.

The latest developments prove rather interesting for the future of the R&B singers’ previously announced joint album, Late Night Party, currently slated for a not never release date.