Screw What You Think, Torae Is Down To Defend R. Kelly's Legacy 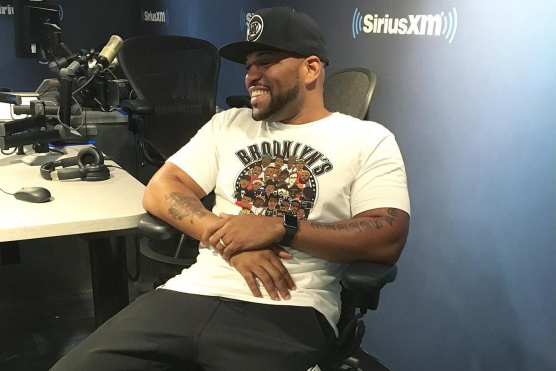 Atlanta, GA – Hip Hop artists are synonymous with brands in today’s music industry. Podcasts and vlogs have become effective direct marketing tools for artists to build their brand awareness beyond their music and merchandise. Inside jokes with co-host and guests, personal life tales, entertainment industry gossip and backstories of Hip Hop lore discussed on their daily or weekly podcast’s guests helps an artist hold court in a fan’s playlists.

Torae has become one of the leading rap artists in the podcast game who has interviewed rap heavyweights, music industry insiders, and black music icons on his daily Sirius XM Hip Hop Nation channel show The Tor Guide. Earlier this month at the A3C festival in Atlanta, the Brooklyn-bred Barrel Brother spoke in an exclusive interview with HipHopDX about how his podcasts are integral networking resources for their careers, as well as offering fan’s a sense of authenticity, exclusivity and tangibility exposing his personality. “Some artists with the right energy and the right relationships, it works for them,” he stated.

“It makes sense for them. I think you can expand your audience and your fan base, which is a plus,” he continues. Because people what more than just the music now. People want to look inside for who you are, what’s going on in your life, what’s your personality like besides the music. So many people do music now, people are not just looking for dope records and songs, but what’s past that part? Like, we know you’re in the studio and laying your vocals over the beat. What else are you bringing to the table? I think podcasts are a way that a lot of artists that extend that audience. You got guys like Joe Budden, N.O.R.E., Statik Selektah, so it’s a lot of artists that make people do what they can with the technology that we have now. At the end of the day, you can’t fight technology. You have to figure out a way that it can work for you.”

Crediting himself as a fan first and foremost, the rap and R&B aficionado detailed getting awestruck when legendary guests come to his show and trade entertainment industry knowledge with each other.

Torae cited TLC, Ice Cube, and R. Kelly as his personal favorite guests from The Tor Guide. The underground rap stalwart also defended the R&B crooner’s legacy. “When I got a chance to sit down with R. Kelly, no matter what you think about his personality or some of the other things that came out about him that may or may not be true, you can’t deny their music and legacy.”

The Pied Piper recently furthered said legacy by dropping his first holiday album, 12 Nights of Christmas, which marks more than 25 full-length releases over the course of his career.