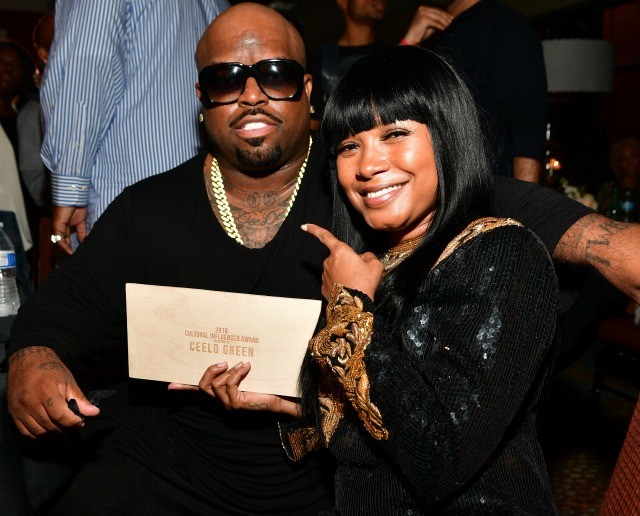 Successful Hip Hop festivals converge multiple generations of fans celebrating the soundtrack of our lives, and fostering atonement for its attendees. The 12th annual A3C Festival was held October 5 – 9, and provided roundtable discussions, seminars with organizers, keynote speakers who taught how to survive the struggles and making a worthy living in the Hip Hop industry. The festival continues the legacy of the legendary Jack The Rapper music convention for rap industry insiders and artists to propel the progression of Hip Hop culture.

Nostalgia was all the rage as this year’s festival paid homage to 1996, a pivotal year when rap music exploded like a supernova to lovers of all its subgenres that built and cemented the star power of numerous legends. Highlights from the festivals include conference panel discussions, sightings of former Yo! MTV Raps host Ed Lover, Torae and Skyzoo, J-Live performances from rap icons, to seeing stage sets from indie artists performing to a new audience outside of their respective home turfs. Also, the slew of after-parties along Edgewood Avenue near the Festival Grounds in Atlanta’s Old Fourth Ward area were ridiculously lit, to say the least.

HipHopDX was on hand for the experience. Here is our list of the Top 8 Moments from this year’s A3C Festival.

It’s important to have Hip Hop awards ceremonies that not only reward artists for their career in the music industry but also to show gratitude for their influence and work in their local community. A3C formally honored Atlanta natives and Dungeon Family cohorts Cee-Lo Green and Killer Mike with the A3C Cultural Impact Award on the first official night of the festival. The ceremony was held in the Loudermilk Center where the A3C conference and seminars were centralized away from the Festival Grounds located in Atlanta’s Old Fourth Ward area. After being formally introduced and handed the awards by Choose ATL spokeswoman Kate Atwood and A3C’s Executive Director Mike Walbert, Cee-Lo and Killer Mike both gave riveting acceptance award speeches about growing up in A-Town inspired by the work of community activists, and giving back to the local youth and adults’ lives beyond their music contributions.

Rick Ross Chomps On Checkers During His Live Set

The Boss was the headlining act for the first official concert night of the festival. There was no better form of endorsement of A3C’s fast food sponsor Checkers than to eat it while onstage during his live performance. As he rhymed through his bevy of hit singles like “Hustlin,” “I’m A Boss,” “B.M.F.” to name a few, the Miami MC held up Checkers french fries onstage to show his love for their fast food while a girl stood to the side of him holding up a Checkers logo sign. Rick Ross has worked hard to get his girth down over the years, so he probably figured that he deserved a cheat day for his diet that Friday. He also took time to honor Atlanta rap legend Shawty Lo, who tragically passed away in a car accident last month (RIP).

There are millions of Hip Hop fans who want to know how to get their foot in the door to work in the music industry. Many of them either don’t have the courage to attempt a move forward from the demands of their personal lives, or they are eager to take in as much information possible to help their local community as activists to bring positive change rather than focusing on making money in the rap game. A3C provided several panel discussions with heavyweights and independent business owners from across the U.S. to detail their humble beginnings, and beautiful struggles to get to where they are today. Attendees were given ample opportunities to learn from Q&As that included (but not limited to) Future’s Freebandz camp, Too $hort, and Master P, Fab 5 Freddy speaking with iconic Dungeon Family production team Organized Noize, Bad Boy Records longtime producer Deric “D-Dot” Angelettie, revered A&R executives Dante Ross, Rich Nice, Kyambo “Hip Hop” Joshua, and Ryan Leslie.

Also, panel discussions such as “Social Justice in Hip Hop” preached about solidarity among all socioeconomic backgrounds recognize the political disenfranchisement from the U.S. government, and how youth and Hip Hop culture are collectively represented in the mainstream media. This writer was the moderator of the panel discussion “How to Build a Fan Base On YouTube,” which gave attendees insight on how to organically build their following and make money on that platform with visuals for fans. Lastly, the Future of Hip Hop Journalism was a must-see writer’s bench event consisting of publishers and editors of multiple Hip Hop publications for anyone wanting to learn a behind-the-scenes perspective covering the industry.

There aren’t too many world records when it comes to rapping, other than for artists like Twista coming with the fastest bars ever, or Supernatural or MURS going for the longest freestyle ever at 24 consecutive hours. But this weekend, the Soul Food Cypher made world history to etch into Guinness’ record book by breaking the old record of 12 minutes, 3 hours, and 21 seconds with the longest rap freestyle cypher at 24 hours. At least five rappers were in the cypher, which began on Saturday at 3pm and officially ended on the same time on Sunday. Like Tee-Fli repeatedly reminding you about his drive to rock with his loved one for “24 Hours,” yeah, these freestyle fanatics proved their love for rhyming for just that length and were willing to go for an 25th hour.

Atlanta has long been renowned for its unadulterated strip club culture and 1990s “Freaknik” lore, but it also has a rap scene similar to the NYC or Los Angeles underground rap scene that vitally contributes to Hip Hop’s core elements for b-boys and b-girls to remain ensconced in. The Beat Junkies crew came to rock for the final day of the festival, spinning rap classics for five hours that made old school heads swoon within the Toyota DJ House space. Plenty of headnodding was apparent to the 80s and 90s boom-bap that made backpackers stand in front of the Los Angeles-based world champion DJs Babu, Melo-D, Mr. Choc showcased their turntable wizardry. It was like that, y’all. And since 1992, they still don’t (and won’t) stop.

Short Dog was in the house to grace the stage and bless his young and older fans at the A3C festival. Like his eighth album title, he just “can’t stay away” from the rap game no matter how hard he tries due to popular demand and for the love of what he’s been dedicated to since 1983. The Oakland mack performed during the “1996”-themed showcase on Saturday among other artists from that era including Def Squad, Bone Thugs N Harmony, Bun B, Prodigy of Mobb Deep, Kid Capri, and DJ Toomp. He performed his classics such as “Cocktails,” “Freaky Tales,” “Don’t Fight The Feeling,” “I’m a Player,” “Blow the Whistle,” and the title track from his only platinum-selling album to date Gettin’ It (Album No. 10).

And, of course, he had the entire crowd screaming his favorite word. Unlike Drake, if you’re reading this, it’s never too late to find out what that word is. He’s the same ol’ Shorty The Pimp, never changing.

Bone Thugs-N-Harmony came through like the backstage area with the concert security parting the crowd for them just minutes prior to their arrival. You would’ve thought Moses was present to part the figurative Red Sea of the selective mob consisting of other stage performers, A3C employees, media personalities, cameramen, and groupies. Even though the group’s most recognizable character and distinctive voice Bizzy Bone wasn’t present for this performance, Bone represented their Midwest native city of Cleveland, Ohio lovely (one girl yelled “Midwest shit!” as the other members of the group repeated her “Midwest shit! Midwest shit!”) as Saturday night’s final act giving their best double-timed flows that fans were surprisingly able to recite verbatim.

They honored their fallen collaborators 2Pac, Biggie Smalls, and the group’s patriarchal figure, Eazy-E. Flesh-N-Bone, Krayzie Bone, Wish Bone, and DJ Pozition gave the fans a memorable number with their biggest single “Crossroads” that made the entire crowd wave their hands to the heavens and honor the spirits of the departed.

You can’t talk about rap in 1996 without the discussion of Outkast’s sophomore masterpiece ATLiens. The Atlanta duo wasn’t present for the performance, but a live band was onstage to pose as Organized Noize and Andre 3000 who produced the album. To perform Big Boi and 3 Stacks’ verses, Skyzoo, Nappy Roots and several established Atlanta MCs including Forte Bowie Deonte Hitchcock, Clay James and Izzy Jones, along with several others, made the younger generation of rap fans appreciate the album that namely put their city on the map for lyrical supremacy and beat production excellence. Thirty-somethings got teary-eyed while reciting their favorite lyrics and told each other personal stories of their experience listening to ATLiens during their teen years, and the younger fans in attendance danced their asses off to the recital one of the best albums that the genre has ever contributed to music history.