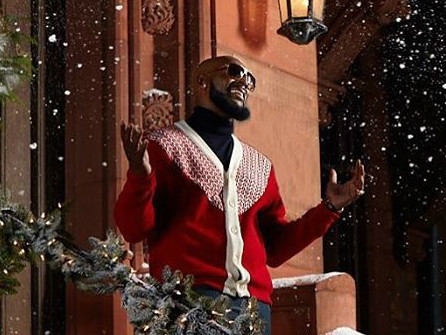 R. Kelly hasn’t even let Halloween pass yet, but he released his 12 Nights of Christmas album today (October 21).

A Christmas album is a staple for any R&B legend and this might establish R. Kelly‘s legacy even more.

The project is fittingly made up of 12 tracks and includes original content as well as covers of holiday favorites.

Stream R. Kelly’s 12 Nights of Christmas album below if you’re in the mood (or bookmark this page for a later date) and keep scrolling for the cover art and tracklist.

(This article was first published October 6, 2016 and is as follows.)

R. Kelly has established himself as an R&B great, but has yet to do what many of the legends have, release a Christmas album. Well, the Chicago star is set to do just that with 12 Nights of Christmas, due out October 21, according to the Chicago Sun Times.

The project has 12 tracks (appropriately) and will be a mix of traditional holiday favorites and original music. He’s been working on a Christmas album since at least 2013, according to an interview with Rap-Up, but, at the time, was in no hurry to force it.

“I don’t believe in just putting out a Christmas album just to sell records,” he said. “It has to be the next [‘This Christmas’]. In order to get that and capture that moment, you have to take a couple of Christmases and then you come with it.”

R. Kelly fans can get a taste of the crooner’s holiday spirit with “Christmas I’ll Be Steppin’” a cut from The Best Man Holiday soundtrack.

His last album was last year’s The Buffet. Since then, he hasn’t really made headlines for his music, but continues to cause the occasional controversy. Remember when he walked out of an interview with The Huffington Post?