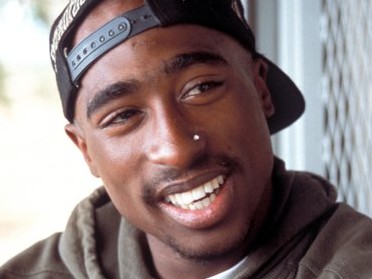 This week in Hip Hop, we find out how Tupac was working with both the Bloods and Crips. Elsewhere, 21 Savage snaps on 22 Savage for displaying Single White Female syndrome. Lastly, DJ Khaled gets Jay Z, Ja Rule and DMX in the same room for a flick as Murder Inc.

Tupac’s Plans To Unite Bloods & Crips In The ’90s

Before Tupac passed away, he had plans of cleaning up the hoods in Los Angeles by utilizing his mantra “Thug Life” with the help of his stepfather, Mutulu Shakur, who is the biological father to the West Coast legend’s stepbrother, Mopreme. The plans were originally revealed during a phone call between ‘Pac and Monster Kody while he was in prison.

“But the meetings produced fruit; the involved parties agreed to abide by a twenty-six-point treaty, a code of ethics for the drug‑dealing game to reduce violence and harm to the community at large. Its bullet points decried selling to the underage and pregnant, as well as protecting civilians and making the hood ‘safe for squares.’

“This was the code Tupac and Mopreme had dreamed up in Oakland before the truce meetings took place. They called it Thug Life, and had received help from Mopreme’s father, Mutulu Shakur, locked up at Lompoc federal prison upstate, who put it to paper.”

Only Savage We Acknowledge Is 21

The Slaughter King is not here for it.

Originally appearing in the ninth issue of XXL in 1999, the trio graced the magazine’s cover as the group.

Although they created a few songs, an album never came from this Murder Inc.

– Charlamagne & Beanie Sigel Go At It In Awkward On-Air Faceoff

– T.I. Digs Into Floyd Mayweather For Proclaiming “All Lives Matter”

Trev Rich is Cash Money Records’ latest addition. Speaking exclusively with HipHopDX, the Denver native shares what signing to Birdman means to him.

“I definitely feel like this is fresh,” he says. “It’s a new chapter, it’s a new slate to my career. Going from that to this, I don’t how any artist would not be motivated, not be inspired to do better and stretch and go outside of what you think your box is when it comes to creativity and just try to make the best music possible right now.”