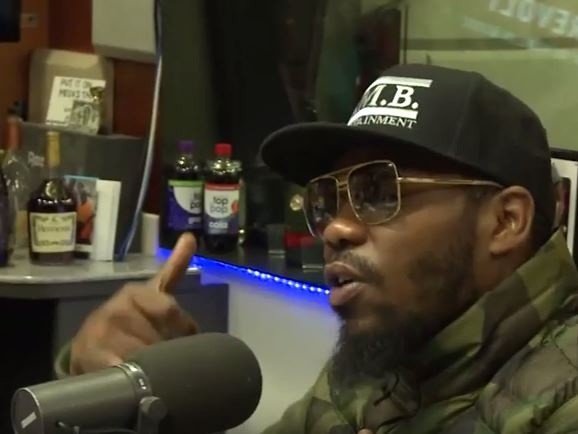 Charlamagne & Beanie Sigel Go At It In Awkward On-Air Faceoff

During Beanie Sigel’s conversation with The Breakfast Club this morning(October 11), a portion of the Philly veteran’s interview came across as an ode to the radio show’s most awkward moments.

After declaring Charlamagne “a sucka,” when the radio host criticized his relationship with Meek Mill, Sigel tapped into his inner Birdman as he stood up and questioned if he should exit the interview.

“Why I’m here then? ‘Cause I think you a sucka. So, I should be out, right?” Beanie Sigel asked.

After Sigel sat down, the pair continued to trade jabs, with Charlamagne labeling the musician “a hypocrite” and “a hater” for how he’s handling his feud with Meek Mill. Sigel then fired back by calling Charlamagne “a bitch” for letting Fredro Starr “check” him and making Lil Mama cry in a 2011 radio interview.

In addition to engaging in the back-and-forth with Charlamagne, Sigel restated his claim that he helped Meek and Omelly write their verses for the “OOOUUU” diss track that went at The Game, and offered his thoughts on Meek, who he suggested boasts a phony persona.

“When you portray yourself to be a certain way and that’s not what you is. In music, that wouldn’t have came out,” he said. “Unless the conversations didn’t have transpired. The world ain’t know it’s holes being poked through your reputation at the time … I’mma rock for you regardless, but when you portray yourself in a certain light. Like you going to go all the way right there. And you don’t, I got to draw back.”

Sigel also divulged that if his beef with Meek was as serious as some assume, there’d be “no music.” So far, he’s released two diss records aimed at Meek, “I’m Coming” and “GoodNight.”

Listen to Beanie Sigel’s interview with The Breakfast Club below.