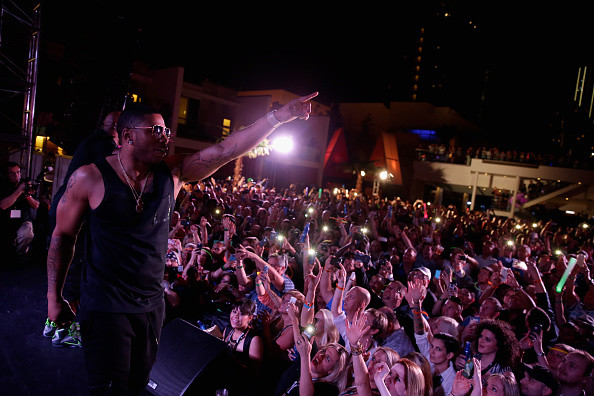 Los Angeles, CA – It’s been more than 16 years since Nelly exploded onto the Hip Hop scene and took an entire region with him. Eminem and Bone Thugs put the (non-Chicago) midwest on the map throughout the 90s, but Nelly solidified the spot with his diamond-selling debut Country Grammar. Long before Khaled was dropping gems Nelly capitalized on two major keys: Be original and never be afraid to reinvent yourself. The St. Louis rap legend was never afraid to experiment with songs like “Pimp Juice” and even dabbled in the uncharted territory of country with his Tim McGraw collaboration “Over and Over.”

In more recent years there were whispers that Nelly was going to connect with country duo Florida Georgia Line for a full album after he jumped on the remix of their single “Cruise,” a rumor that Nelly later denied. Last week, Nelly headlined the 7th annual gala for Face Forward — an organization dedicated to providing plastic surgery for victims of domestic violence — and HipHopDX caught up with the “Shake Ya Tailfeather” rapper who told us a project with FGL might still be in the works.

“My next project might be this Florida Georgia Line and Nelly mixtape. I said before I wasn’t doing an album with them but this is a mixtape,” Nelly told DX exclusively. “Right now I think it’s a must that to be very versatile so right now [producers] been switching a lot of my records over they’ve been touching the EDM and that’s what I love about my fans is they’ve allowed me to be musically free,” he added.

With every new generation of rappers comes an older class of fans that isn’t always too eager to embrace the evolution of sound and the Real Husbands of Hollywood star experienced this when he first came out as well. But even among his peers, he always encourages old heads to embrace the new.

“I tell all the old people in Hip Hop, you gotta leave these kids alone. One thing you have to understand is that Hip Hop was created by the youth for the youth. It’s always gonna be for the youth. Every generation thinks their generation was the best,” Nelly, an “elder” within Hip Hop himself at 41-years-old, pointed out. “When I came out they said that our generation was wack, now people are telling me Country Grammar is a classic, and talking about the impact that it had on Hip Hop in the Midwest, [complaining that] all the new artists are singing and harmonizing, but when I first came out they only gave me three mics. I was considered nursery rhymes, now it’s a classic? It happens. We grow up and I tell them all, stop it cause you’re gonna look like a bunch of haters to our kids.”

Embracing the youth has always been a crucial part of the once niché genre’s survival, but now with more four decades immersed in popular culture, the MO rapper stresses the importance of supporting the OGs.

“Hip Hop has a history now and what I tell [people] is if we keep supporting the acts that we love then they’re always gonna be here just like our parents always support Earth, Wind & Fire, our parents always support Frankie Beverly & Maze,” noted Nelly. “Those are some of the biggest tours every year. Of course, Snoop Dogg should be [on] a big tour. When I’m 65, if Jay Z got a concert, I’m in there. I always support the music cause music allowed me to be here, music allowed me to change my life and my family’s life so music is always gonna have a special place in my heart, and now my daughter is singing and my nephew is rapping and music is in our family.”

As far as the music goes, Nelly has jumped on a track with pretty much everyone, but despite all the success, one collaboration goal still eludes him.

“I’ve always wanted to do a track with Stevie Wonder and I haven’t had the chance yet, but I’ma knock that out.”