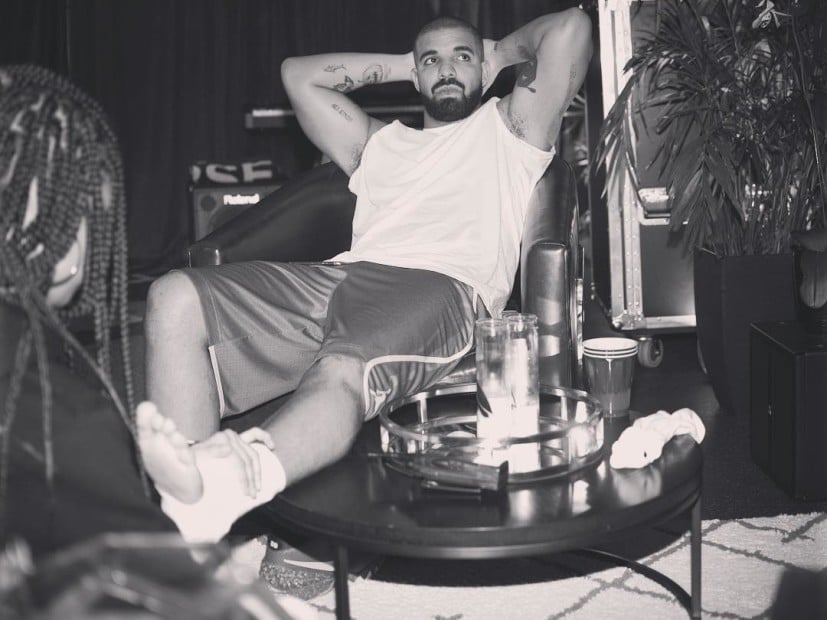 Tacoma, WA – With the Summer Sixteen Tour wrapping up and VIEWS breaking records left and right since its release ahead of the sunny season, Drake says he is already cooking up new music for his next project (or wherever else he sees fit).

He dropped the major news during his Tacoma, Washington tour stop at the Tacoma Dome, as some users on KTT point out.

“I’ve been on this tour, I’m recording new music,” the rapper born Aubrey Graham tells a packed crowd. “I’m about six, maybe seven new songs in. Just getting warmed up. I don’t know what I’m going to do with it, I don’t know what it’s going to be, but what I do know is I can’t wait to come back to the mother fucking Tacoma Dome and perform all that shit for y’all.”

VIEWS was released in April and has already been certified triple platinum as the album and the project’s single releases dominated the Billboard charts all summer long.

Kanye West announced a collaborative album with himself and The 6 God at OVO Fest in August. Drake doesn’t make it clear if these records are for his project with Yeezus or for something totally separate.

It appears a Drake and Kanye project is closer than most might expect with the appearance of a billboard that read: “Calabasas is the new Abu Dhabi” with both OVO and G.O.O.D. Music’s icons at the bottom popping up in Los Angeles, further solidifying the news.

For now, fans will have to wait to find out whether the new “six, maybe seven new songs” are for a fresh solo project or for the tentative collab album with him and ‘Ye.

Also, Drake and Future have plans on striking again with some new music which should be released within the next two weeks.

Check out Drake’s announcement of new music below.