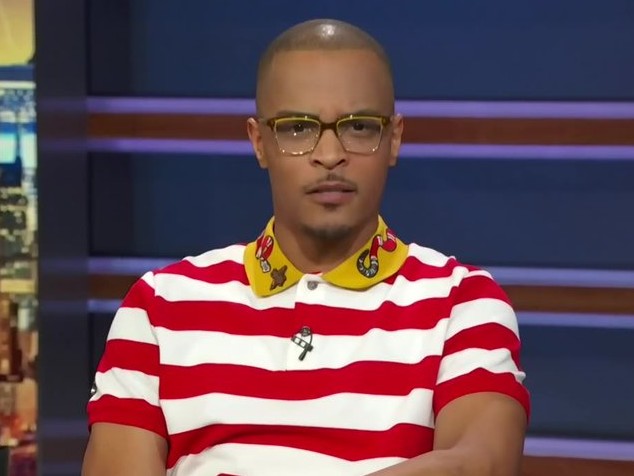 The Daily Show with Trevor Noah
1

T.I. Has The Answer To Why Hypocrisy Exists In Rap

Trevor Noah is seemingly impressed with T.I.’s answer as to why rappers glorify violence but are quick to call out injustices such as on his latest release “War Time.”

“I think people need to take into consideration that Hip Hop traditionally has always been a reflection of the environment the artist had to endure before he made it to where he was,” Tip says on the Daily Show. “So if you want to change the content of the music, change the environment of the artist and he won’t have such negative things to say.”

This week’s popular breakdown episode donned the topic of those controversial mumble rap rappers as they’ve been coined.

Justin Hunte goes over the opinions of Pete Rock, Hip Hop’s most vocal opponent thus far to Lil Yachty and his dismissal to the old heads as a whole. OG Maco and Murs drop in with their own commentary.

Randomly, The Game came for Meek Mill in front of a live audience during a performance in Miami and then he made a visit to The Breakfast Club to premiere a new song dissing Meek entitled, “92 Bars,” which happens to be the closing track on his forthcoming album 1992.

He also talks about giving Meek’s girl Nicki Minaj some of his magic stick while also name-dropping Drake, J. Cole, and Kendrick.

Top 10 Hip Hop singles and videos of the week ending on September 16.