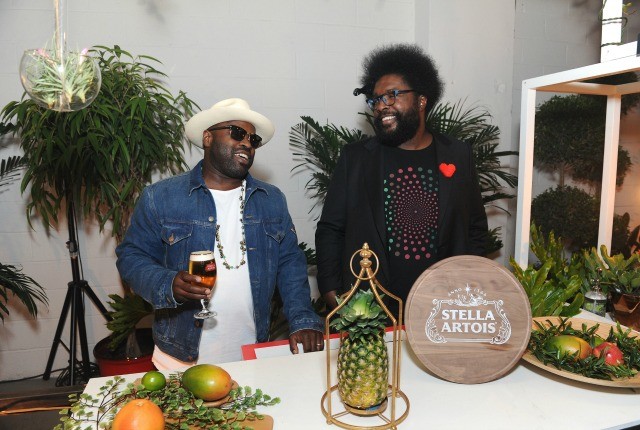 Performing the new original song, “Bittersweet,” The Roots’ masterminds Questlove and Black Thought added an exciting element to the event. The song raved about the unique flavor profile of the iconic Belgian beer and its other alluring qualities.

Based on the research of Professor Charles Spence of the University of Oxford, it was discovered there are unexpected connections between the senses—hearing, vision, touch, taste and smell. When one sense is triggered, it stimulates an effect on the remaining four, something known as “crossmodal correspondences,” which inspired The Roots to produce two versions of “Bittersweet” to complement the various flavors found in Stella Artois.

According to the press release, Questlove was happy to take on the challenge. “This project fuses two of our passions: music and food,” he said. “As someone who loves to experiment in the studio and in the kitchen, this crazy unique collaboration inspired by Stella Artois was the perfect challenge. You really have to try it to believe it; it will change your perceptions of food, science and entertainment.”

After their impassioned performance, the night culminated with a multi-course feast by culinary geniuses Bompas and Parr, and 45 DEGREES (Cirque du Soleil’s events and special projects company).

Both iterations of “Bittersweet” can be streamed right here and a music video is scheduled for release later this month.