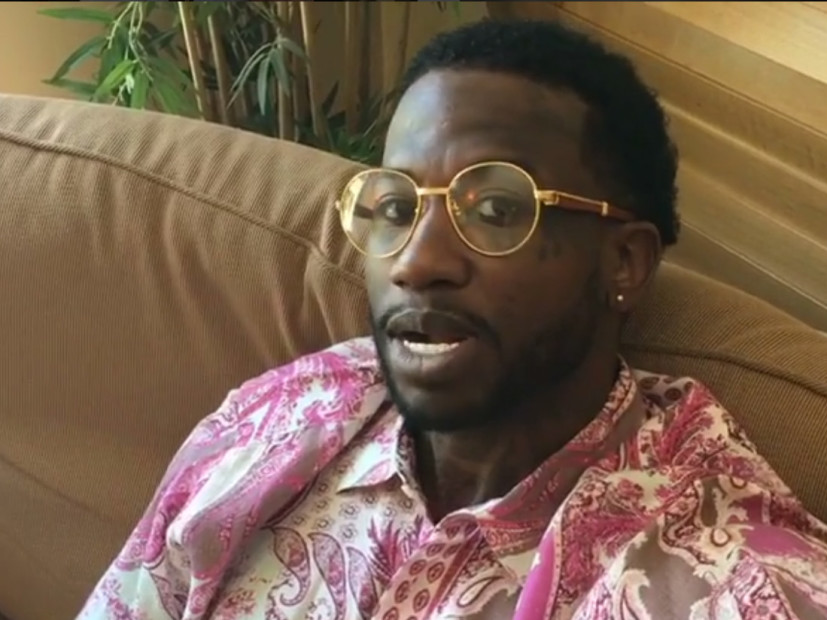 Part of Gucci Mane’s new lifestyle is being able to enjoy wearing his favorite fashion brands, he says in an interview with Vogue, who premiered the video for “Gucci Please.” (Yes, Hip Hop media is competing with fashion magazines now.) The Trap King explains how he was inspired to lose 75 pounds in prison so that he could dress how he wanted.

“I’ve always been really into fashion and clothes,” he says. “I’ve always liked Louis Vuitton, Gucci, Hugo Boss, and just anything dope that catches my eye. Before I was incarcerated, I had gotten so overweight that I couldn’t fit into any of the clothes I wanted to wear. So with the time I was away, I decided I was going to lose weight so I could be able to wear all the brands that I really like.”

Guwop says his new style reflects his own maturity. At 36 years old, he has stopped drinking lean and instead enjoys a “clean” diet consisting of kale, nuts, fruit, salmon and chicken. He also works out six days a week.

“I used to live a life of excess, greed, and gluttony,” he says. “Now I’ve learned to challenge myself to get up every day and push myself to live a healthier lifestyle.”

He continues by saying that Hip Hop’s take on fashion has mirrored his own personal growth. Everybody Looking collaborator Kanye West has partnered with Balmain multiple times and has his own Yeezy line with adidas. A$AP Rocky recently became the face of Dior Homme.

“I love fashion in Hip Hop right now,” Gucci says, “I love how people are just taking risks, and I love how they’re embracing the high-end designers. There’s a more fitted, grown, mature look now. I love the way the young kids take chances with what they wear. Fashion is a part of your personality—it’s an extension of yourself. You can’t really get more personal than what you choose to put on. You can learn so much about a person when you see how they present themselves to the world.”

Read the entire interview at Vogue.