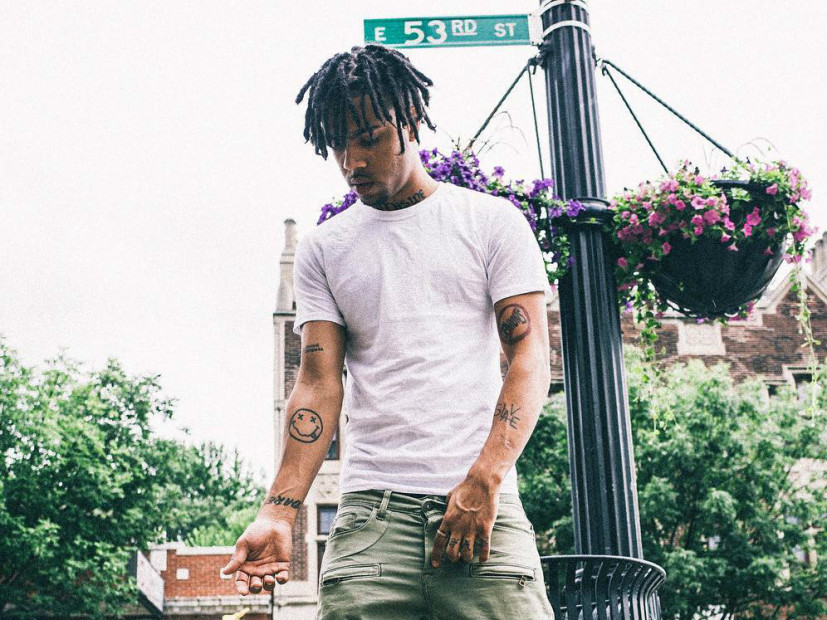 There was a shift in Vic Mensa’s music with his There’s Alot Going On EP, his first project on Roc Nation. The seven-track tape featured social and political commentary sprinkled with the 23-year-old’s traditional wordplay infused with rock.

Mensa spoke with Phoenix New Times to share how he honed his skills for There’s Alot Going On and found freedom from drugs necessary to his creative process.

“Getting sober,” he says, was the key that empowered him to speak up in his music. “That’s always been of paramount importance to me, social issues and all, but when I was more wrapped up in drugs it was harder to articulate.”

The Roc Nation signee says that he still drinks at night, but overall is enjoying his sobriety, which he has practiced since January. He explains that he let certain things in his life spiral out of control during his journey through the industry. One of the lyrics on the title track of There’s Alot Going On says “The violence and the lies slipped suicide into my mental health / I did acid in the studio one day and almost killed myself.” Mensa details the events that sparked the line.

“I was in a point of time since probably 2013 where I jumped from drug to drug as, like, a creative crutch,” he says. “It was really like a handicap, but I got to a point where I just felt like I needed drugs to write, to be creative, and thought it was psychedelic drugs. I did too much mushrooms, to the point where I couldn’t even do it anymore, I would just have a bad trip. So this was sometime after that. But I was in the studio with some of my friends and we did acid and we started buggin’ out, somehow things just took a really negative turn. I just felt really low and at the bottom of it, and I was on the ground trying to sink into the floor. Then I went outside and I went to my car. It was near Halloween and I had this toy pistol in my trunk, it was part of my costume. And I’m just glad it wasn’t a real pistol. I was just thinking about bridges and all that suicidal shit. It scarred me for a while. I was definitely dealing with that bad trip for at least a year.”

Mensa is continuing to craft his debut album, which was at one point called Traffic. He has scrapped that concept in favor of a project with more honest storytelling along the lines of his EP.

In the mean time, fans can catch the Savemoney rapper in Kanye West’s “Wolves” visual and see him on the “Back With a Vengeance Tour,” which wraps up this week.