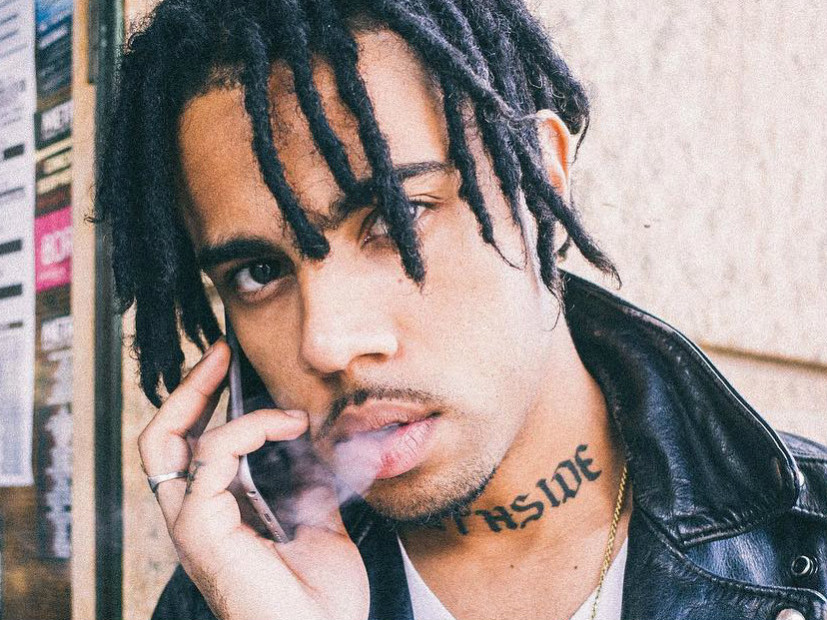 Vic Mensa released his There’s Alot Going On EP last month, his first full-length project since his breakout project Innanetape in 2013. The Roc Nation signee was working on his debut album, Traffic, but after working on the deeply personal EP, he says he has scrapped most of the original content and title for his first LP.

In an interview with AllHipHop, Mensa explains why he felt the need for a fresh start and shares exactly how far along he is on the new album.

“I made an album and then I didn’t feel like it was the right representation. So I started making a new album,” he says. “That’s where the songs from There’s Alot Going On came out of. I would say it’s about 75% done.”

The 23-year-old Chicagoan says fans should not expect an all-star lineup of features simply because he’s signed to the house that Hov built. The original Traffic supposedly did not have any features and enlisted production from Mike Dean and John Hill and Dave Sitek of TV On The Radio. Mensa did get Kanye West on “U Mad,” but explains why he is not relying on guest appearances to tell his story.

“I really just collaborate with my immediate team,” Mensa, a founding member of Savemoney says. “The stories that I’m telling are real personal. It’s very unique to me, so it’s not often that the songs I’m writing for the album really lend themselves for somebody else’s voice.”

Mensa, who is currently on tour with fellow Savemoney rapper Joey Purp, is continuing to use his voice to speak out against social injustices. The There’s Alot Going On single “16 Shots” was a tribute to Laquan McDonald and a cry against police brutality. He also released “Free Love” advocating for LGBT rights.

“That’s why I say the things I say in my music,” he says, “to comfort the disturbed and disturb the comfortable. So that people understand – the people from Chicago – I can help them through this shit.”

Read the entire interview at AllHipHop.