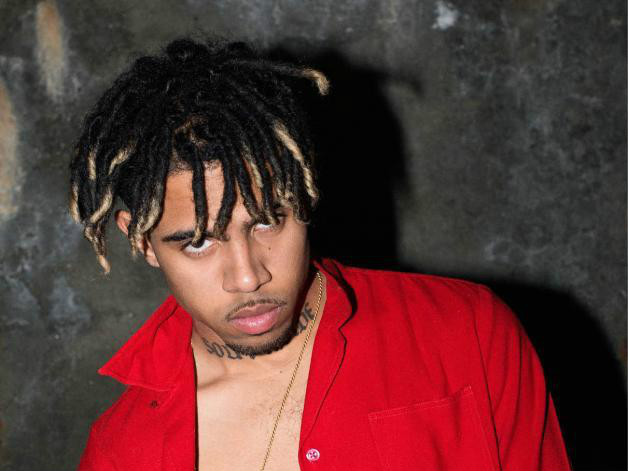 Vic Mensa is preparing the release of his debut album three years after the 2013 release of his breakout mixtape, Innanetape. The Chicago rapper has released a variety of singles in the mean time, including “Down On My Luck” and the Kanye West-assisted “U Mad.”

On the LP, which is to be titled Traffic, Mensa says in an interview with Clash that he is ready to call for a revolution against injustices in the United States. The track “Ring The Bell” is slated to be a tribute to victims of police brutality.

“Laquan McDonald being shot 16 times in the street in Chicago, we had Trayvon Martin, Oscar Grant, Sandra Bland, Tamir Rice,” he says. “‘Ring The Bell’ is a call to action. Look at what the fuck is going on around us. We will not conquer that shit complacently; there is no possibility for a revolution without a fucking fight. It’s not just a march, it’s not a hashtag; it’s a global revolution that needs to take place in the streets, in our minds and in our communication.”

Other topics discussed on Traffic, which reportedly does not have any features, are his breakup from his girlfriend of four years and reflections on love. Production will come from Mensa, Illangelo, Mike Dean and John Hill and Dave Sitek of TV On The Radio.

“I think that all that can conquer so many ills of our world, is love,” he says. “Regardless of race, religion, creed, age, class, societal restrictions, people having a genuine love for each other, and a willingness to understand others.”

The 22-year-old signed with Jay Z’s Roc Nation in April of last year. He says that the two bonded over an appreciation of Nirvana after Mensa played Hov a song that said “It’s contagious” in the chorus, and the Rap mogul thought of the Rock group’s “Smells Like Teen Sprit.”

“I have a Nirvana tattoo on my arm,” Mensa says. “It was my birthday that day and I went back to where I was staying in New York, and my girlfriend had bought me – two weeks earlier – a 1993 Nirvana Rolling Stone cover, and I was just floored. I was like, ‘That’s crazy, that he just brought that up today and then you give me this that you bought two weeks ago.’ I just felt as if things were happening for a reason, and that is the biggest factor in me going with The Roc.”

Besides having Jay Z and West as mentors, Mensa says that he has learned a lot about the music industry from Puff Daddy. He met the Bad Boy Entertainment boss after Diddy played “Orange Soda” on his Revolt TV.

“I went to his crib in Miami and he is Puff Daddy to the max,” he says. “He’s in the pool, shirt off, talking on the phone with his chef cooking kale that tastes like chicken.”

At a later meeting, Mensa met with Diddy in Los Angeles. He describes the Rap mogul showing off his giant gumball machines and smoking joints with the upcoming rapper.

“Diddy is one of the most turnt up, but also incredibly intelligent, knowledgeable, insightful, powerful and inspiring people I’ve met,” he says. “It was a stunt for me just because I come from being a huge student of this game. I was racing Diddy down his hallway – I was kind of fucked up, I think he might have beat me, which is crazy because I’m fucking fast as shit. No, I beat Diddy in the race down his hallway. That’s what happened!”