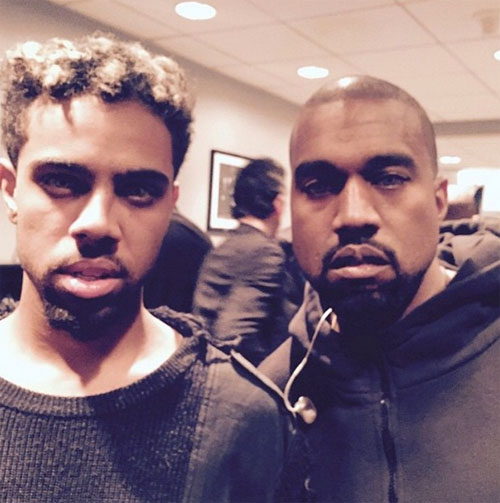 Vic Mensa appeared on Kanye West‘s “Wolves” and performed with him on Saturday Night Live in February. Since then, the two have collaborated on Mensa‘s song “U Mad” and the 22-year-old has helped the fellow Chicago emcee promote his Yeezy clothing.

Mensa spoke with Nylon and explained what the Rap mogul has taught him about the industry.

“Kanye made sure that I recognize that people don’t want to see me win,” he says. “I’m always going to have opposition and people that want to hold me back and who want to watch me fail. I got to move forward with the strength to not be knocked off of my pivot.”

The Roc Nation rapper says that after reading a review for a Kid Cudi album, he became especially wary of the media.

“I’m not Kid Cudi, but I was just reading his shit,” he says. “I’m just reading the article on Cudi and how it compares him to Kanye, saying that this album isn’t up to par, and I’m just like, ‘Fuck whoever sat down to write that.’ Taking their time to just shit on somebody’s talent, when they themselves don’t even have any talent.”

Mensa is working on his debut album, Traffic. The project does not have a release date yet.