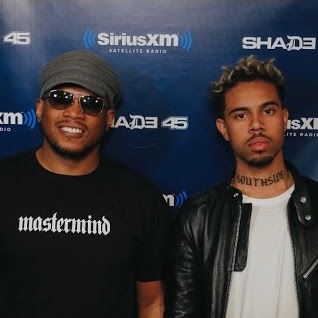 One of the newest members of Roc Nation, Vic Mensa stopped by Sway in the Morning to talk about his forthcoming album, Traffic.

During his interview on the Sirius XM Shade 45 broadcast, Vic tells Sway that Jay Z was able to identify one of Vic’s greatest influences just by listening to one of his songs. The encounter showed Vic that “Hov understands.”

“On my birthday a year ago, I was meeting with Hov and I played him a song from my new project, Traffic, where the hook is contagious,” Vic recalls. “From the music I played him Hov drew this comparison to Nirvana, saying he had just saw Nirvana being inducted into the Rock and Roll Hall of Fame the night before. He pulled that comparison which was uncanny because Nirvana was my biggest inspiration as a kid, basically my whole life…That was cool, that was unexpected.”

Vic also went into detail about what fans can expect from his debut album. “Down On My Luck” and “U Mad” featuring Kanye West are the first two singles off the project.

“It’s a lot of my most personal stories, things that you wouldn’t really confide to anybody but the closest people to you,” Vic says. “Sometimes, it’s scary to be that true to yourself. But I can’t help it. I think that makes for the best music to me. No holds barred. I gotta be brutally honest with it.”