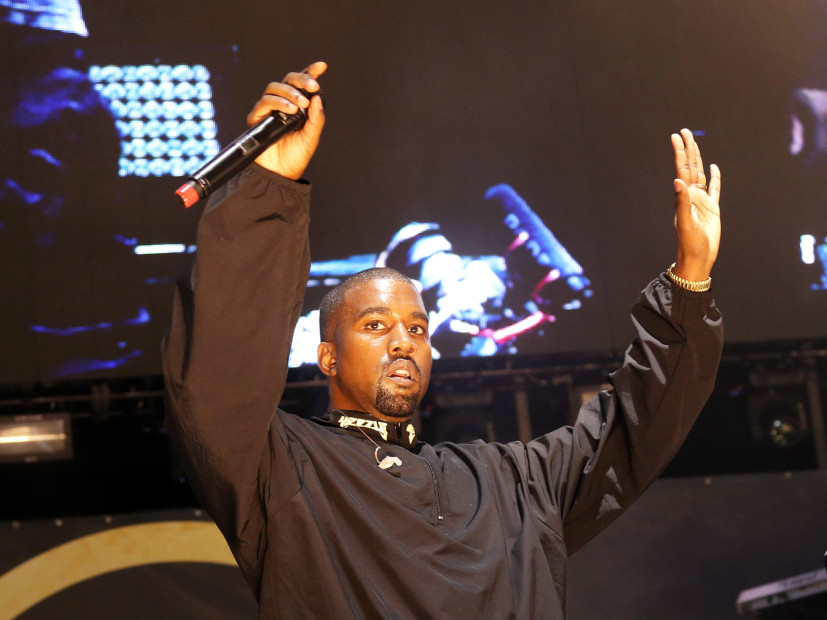 Kanye West has been a very vocal supporter of TIDAL, begging fans to subscribe to the streaming service, which is owned by his friend, Jay Z. He released his The Life of Pablo album and all of his recent music videos exclusively to the company.

There has been stiff competition between the three major streaming services, TIDAL, Apple Music and the OG Spotify. And now, West is calling it all BS.

Yeezy went on a Twitter rant today, specifically calling out TIDAL and Apple for their strained relationship.

“This Tidal Apple beef is fucking up the music game,” he says. “I need Tim Cook Jay Z Dez Jimmy Larry me and Drake Scooter on the phone or in a room this week!!! Fuck all this dick swinging contest. We all gon be dead in 100 Years. Let the kids have the music. Apple give Jay his check for Tidal now and stop trying to act like you Steve.”

Steve Jobs founded Apple in 1976 and served as CEO of the company until his death in 2009 despite being removed from his position between 1985 – 1997. Drake has risen as one of Apple’s greatest supporters, introducing the company’s Connect feature at the Worldwide Developers Conference last year, hosting the OVO Sound radio show on Beats 1 and releasing his music and videos exclusively through the streaming service. DJ Khaled is also a notable member of Team Apple, hosting his We The Best radio show and releasing his content through the service.

Many artists, besides Yeezy and Hov, have shown support for TIDAL, including Drizzy’s mentor Lil Wayne, who live-streams many of his events through the company. When Drake performed at last year’s Lil Weezyana Fest, his set was not included in the live-stream, which was reportedly due to his contract with rival Apple Music. T.I. is the newest member of TIDAL and partnered with the company to give more than $80,000 to various charities for education. He has said that his next album,  The Dime Trap will most likely not be a TIDAL exclusive because of affordability to his fans.

Jay Z has furthered the heated relationship by removing his music, including all three Blueprint albums from TIDAL’s rivals.

Taylor Swift has been an advocate for artists’ rights as she removed her music from Spotify and threatened to withhold it from Apple Music when it said it wasn’t going to pay artists during its free trial period.

The battle between Team TIDAL and Team Apple has been a long one.