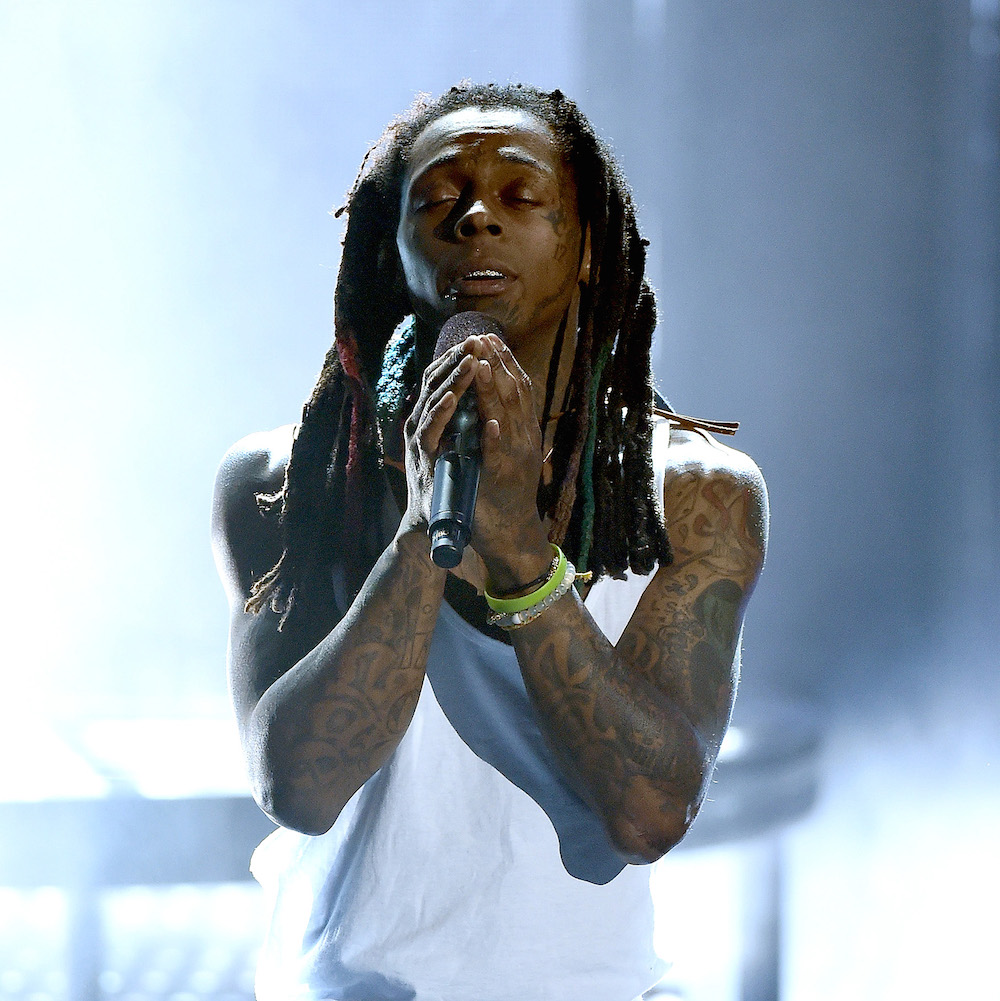 There was a Hot Boys reunion, as promised. Wayne brought out Juvenile, Turk and Mannie Fresh to perform “Bling Bling,” “I Need a Hot Girl” and Juvenile’s “Back That Azz Up.” B.G.’s mother was in attendance to represent her son who is currently serving a 14 year prison sentence.

Weezy also held a Sqad Up reunion and brought out Gudda Gudda, Dizzy, Kidd Kidd and Fee Banks to perform a few songs.

In addition, Wayne brought out Master P, August Alsina and Drake, among other guests. The Toronto rapper performed “Back to Back,” “HYFR” and “Know Yourself.”

The event was live-streamed on TIDAL except for Drake’s set because of his contract with Apple. PageSix reports that Apple threatened a $20 million lawsuit if the rival streaming service aired Drake’s performance.

The Times-Picayune says the two-hour event concluded in a fireworks show and brass bands signature to the area.

Das Tune x Juvie x Mannie x Turk all on one stage! Wow.. One DoPE ass moment for the city of New Orleans. Happy to witness & be apart of this

It's been 10 years since Katrina & dat N.O STILL standin doe! .. Woadie brought an incredible presence to the city man.. S/O 2 you @champagnepapi #lilWeeZyanaFest