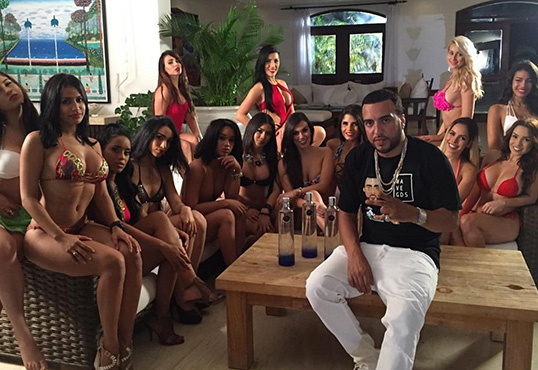 Joe Budden was not the intended target of Drake’s verse on “No Shopping,” French Montana said in an interview with MTV News.

While getting a shape-up in front of a green-screen backdrop, French claimed that Drizzy’s lyrics weren’t aimed at Joe Budden, who has now dropped three diss tracks directed at the VIEWS rapper.

“I don’t have nothing to do with that one,” he said in response to the interviewer bringing up the possibility. He then explained that Budden didn’t inspire the verse. “I don’t think we did that record thinking about Joe Budden. It’s not ‘I don’t think’ — I know that for a fact.”

That means the “Pump It Up” reference, the “You’re a one-hit wonder” dig and the “You let me turn into the nigga that you almost was” are all either coincidence or meant for someone else.

Regardless of what was intended, Joe Budden (and most of the rest of the world) certainly thought the sneaker fit, retaliating with his “Afraid” diss track hours after “No Shopping” dropped.

If you’re still behind on how this whole thing started: Budden said Drake sounded “uninspired” on VIEWS, then French previewed a clip of Drake’s “No Shopping” verse that seemed to reference Budden, then Budden dropped some diss tracks, while still saying he’s a fan of Drake’s and his actions are in line with the competitive spirit of Hip Hop.

Watch the interview below. The part in question happens just after the 3:30 mark.