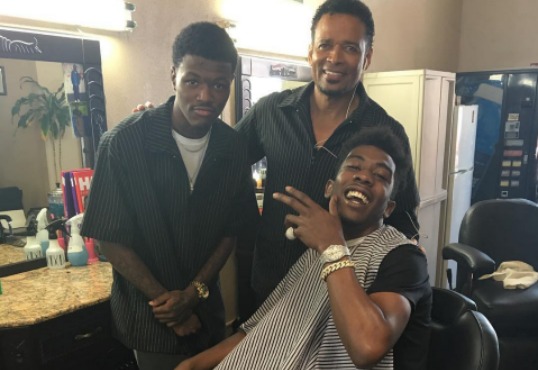 TrollLord: Desiigner Performs Future's "I Got The Keys" Chorus

Atlantic City – Earlier this week, Future attempted to deflect the ongoing feud with Desiigner by saying he wasn’t “worried” and even asked reporter Brian Hiatt not to mention the Brooklyn rapper in the Rolling Stone cover story.

Whether he was taking more shots or paying homage, Desiigner did what he does once again after performing Future’s Jay Z-assisted track “I Got the Keys.”  The “Panda” rapper’s soundman dropped the needle on DJ Khaled’s Major Key single at Premier Nightclub last night in Atlantic City and the vocal similarities were evident — especially when he rapped along with the chorus while added his own custom ad-libs.

Aside from Desiigner’s “Timmy Turner” freestyle recently setting a new viral standard for better or worse, he’s spent the early parts of his career trolling Future including once debuting a single named “Pluto.”

Check out the trollacious video footage below.

Desiigner performing his new song with Jay Z called "I GOT THE KEYS" ???? pic.twitter.com/SAkYepeI8r