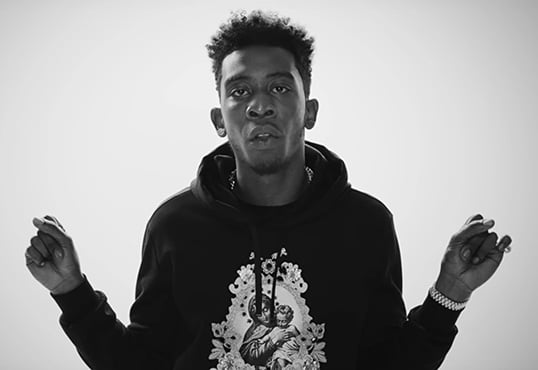 It won’t be easy for Desiigner to follow up his mega-hit “Panda.” The song has been one of the biggest tracks of 2016, with the official video and audio release doing a combined 110 million views on YouTube alone. In the last six months, the 19-year-old rapper has landed on the top spot of Billboard’s Hot 100, a prominent sample on Kanye West’s The Life Of Pablo (and was also signed to his G.O.O.D. Music label), and the 2016 XXL Freshman list.

In a “freestyle” verse released to celebrate that last accolade, Desiigner defies expectations by singing a hook rather than dropping bars.

Aside from the opening lines, the lyrics are mostly indistinguishable, but thankfully the people over at Genius have deciphered what he’s singing.

Reaction from fans has been mixed, with some fans praising the Brooklyn rapper for the new direction in his sound and others just dismissing it outright as luke-warm hot dog water. Either way, the usual comparisons to Future have pretty much dried up.

The music has sparked interest in the release of his upcoming projects, scheduled to be a mixtape called New English and an album titled The Life Of Desiigner.

Here’s what people have been saying.

Desiigner XXL freestyle sound like its from the lion king.

idk why y'all expecting niggas like Rich Homie Quan, Lil Uzi & Desiigner to know how to freestyle

Bruh desiigner's XXL freestyle was kinda scary, I'm not sure how to feel rn

Desiigner should do a contest, whoever figures out the lyrics to that XXL FREESTYLE gets a signed FUTURE CD… What y'all think?

If we are being honest Desiigner's XXL Freshman freestyle is horrendous. What is he even saying?

Some memes have popped up too, many incorporating Timmy Turner, the main character from Nickelodeon’s animated series “The Fairly OddParents.”

The a cappella vocal track has been perfect fodder for producers to customize to their sound. Check out some of the more popular ones below.