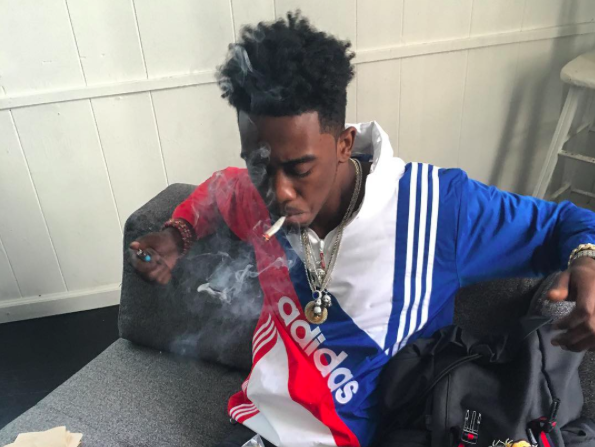 On Friday (June 17) evening, Desiigner posted a clip to Instagram of him sharing some new music.

The untitled track appears to be about swag, “pulling up” somewhere and choppers ringing out.

A few months ago, Desiigner broke out on the scene with his viral hit “Panda.” The song was also used as a sample on “Father Stretch My Hands Pt. 1” for his mentor Kanye West’s The Life of Pablo album.

His sustainability in the industry has been questioned by music listeners as well as those in the entertainment business. He’s been labeled as a one-hit-wonder and an off-brand Future by some.

The newest G.O.O.D. Music signee is also part of the 2016 XXL Freshman class alongside Dave East, Lil Yachty, Denzel Curry and Lil Dicky among other emcees who made the cut.

Besides “Panda” and his previously released cut “Pluto” in March, fans haven’t heard much else from Desiigner.

He revealed in May that he is working on two albums with his debut album being titled, The Life of Desiigner.

Listen to the clip of Desiigner’s new music below: