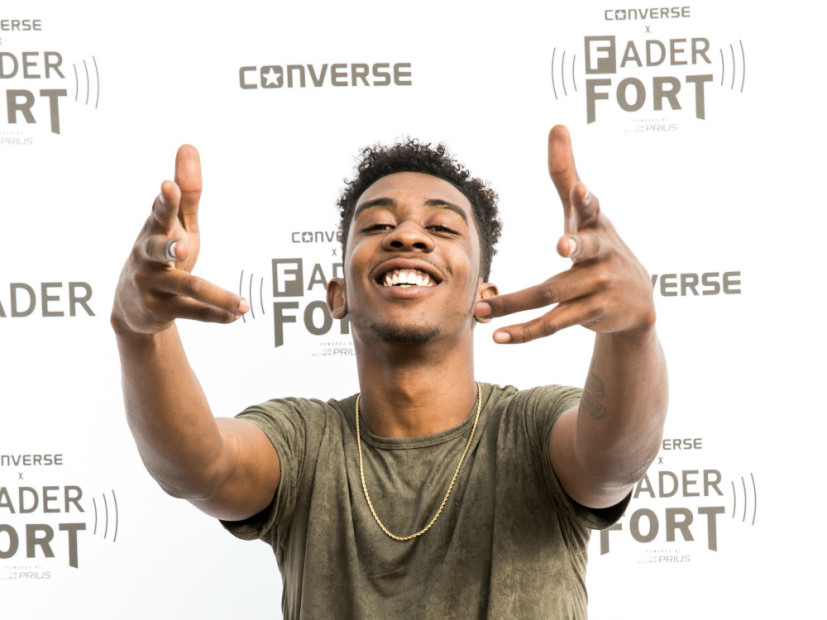 Desiigner announced his first mixtape today (April 8) on Instagram and further fueled the fire of the rivalry between him and Future.

The Brooklyn, New York rapper posted an image of himself superimposed onto Prince’s Purple Rain album cover. Future released his Purple Reign mixtape in January and the project was promoted by drawing comparisons to Prince.

Desiigner has been compared to the Dirty Sprite 2 rapper because of his sound. At SXSW, he debuted a new song entitled “Pluto,” the name of Future’s 2012 album.

When asked by HipHopDX about the similarities between his style and Future’s, Desiigner denied trying to emulate Future.

While Future has not directly addressed the Desiigner comparisons, he blasted his impersonators at a recent concert saying that “it’s only one Future.”

After releasing his hit single, “Panda,” Desiigner appeared on Kanye West’s The Life of Pablo and signed with his G.O.O.D. Music label.