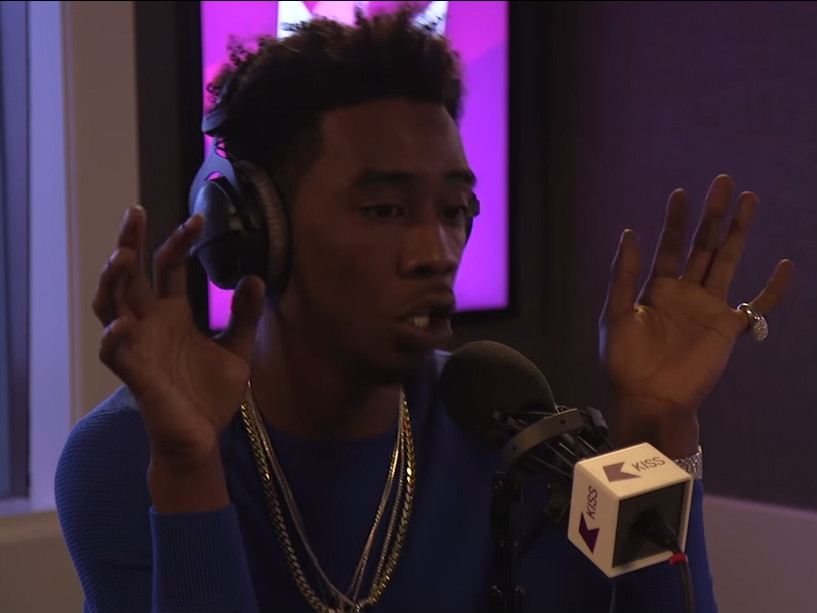 Desiigner revealed in an interview with The KISS Hip Hop Show that his debut album will be titled the same name as his social media handles, Life of Desiigner.

The album will be executive produced by Mike Dean, who reported the news in an interview where he addressed the comparisons between Desiigner and Future.

“He’s a lot more of an artist than you think he is,” the producer said. “He’s not just some Future knockoff. He talks like that — he sounds like he’s got Auto-Tune on his voice in real life. He talks like Future raps, which is weird.”

Desiigner further details his own musical ascent in the recent interview. After he got shot at the age of 14, Desiigner says he turned his life around. Now, the 19-year-old has his big break with the hit single, “Panda,” which was the subject of numerous remixes and caught the attention of Kanye West, who sampled the song on The Life of Pablo. Yeezy signed the Brooklyn, New York rapper to his G.O.O.D. Music label.

He details meeting West and says his manager made the connection that brought him to Los Angeles.

Watch the interview with Desiigner announcing the “Life of Desiigner” album below: