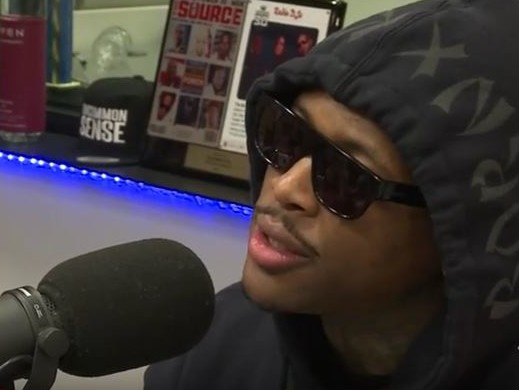 YG says fallout with DJ Mustard and others was a difficulty he expected to go through to evolve in his music career.

Among the topics discussed during YG’s interview with The Breakfast Club earlier today (June 22) was his beef with producer DJ Mustard. He explained that the fallout was primarily a result of internal issues with those in his crew.

At one point, YG revealed that his beef with Mustard was an ordeal he expected to go through in order to reach that next level in his career

“It was just internal homies stuff…We was poppin’,” YG said. “We was all from the same clique. So, us three together had come with a gang of young, black males. And you know, when you got a gang of people around you, you start dealing with success and money. You got a gang of people around you in any situation. You really ain’t got too much going on. It’s gonna be a little messy. And that’s when things start getting messy. This person start feeling this type of way. This person is feeling this type of way…I know it was something we was gonna have to go through to get to the next.”

YG was also questioned about his “Who Shot Me” record, when he was asked if he truly wants to know the answer to that question.

While speaking on getting shot, the rapper spoke briefly on his recent therapy session, which aired on Viceland. He explained that time, and not a therapist will likely help in coping with getting shot.

“Yeah…I don’t really know where that came from,” he said in regards to who shot him. “I’m extra paranoid. And we tripping on little stuff…I don’t like living like that…You from the streets, so you moving around. You already watching your back and all that. And paranoid a little bit cause of things that done happened in the past. I was paranoid before I got popped…I went to go holler at a therapist. That don’t work for me. I didn’t go enough. And then the situation I’m going for, it’s like talking to somebody is not about to cure that. That ain’t about to help nothing. Time will only help that.”

YG’s interview with The Breakfast Club, can be found below.