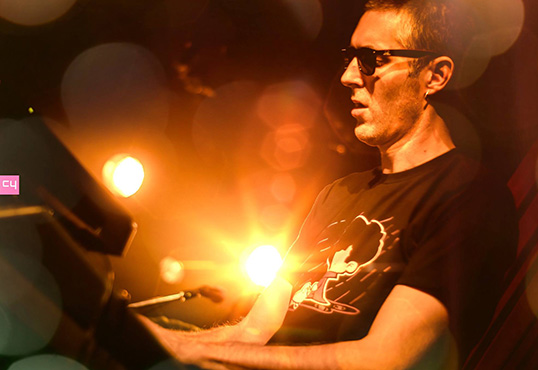 Toronto, Canada – Dutch producer Nicolay is a veteran in the Hip Hop game, around long enough to have watched the downfall of the music industry happen around him. He’s been releasing music on his own and as part of The Foreign Exchange (with former Little Brother rapper Phonte) since the early 2000s, and along the way he’s had to innovate to keep things running in a constantly evolving market.

As a result The Foreign Exchange has evolved too, taking a more DIY aesthetic to putting out music and booking shows, and shifting away from Hip Hop — a young man’s game, the 42-year-old says — towards more of a neo-soul sound.

HipHopDX caught up with Nicolay before he played with The Foreign Exchange in Toronto on May 27 to talk about how things have changed and where things are for him now.

On The Shift In The Foreign Exchange’s Sound

We made a pretty big shift from the first album — which was largely Hip Hop influenced — and obviously Phonte was primarily rapping on that. I think the biggest shift was from that to the Leave It All Behind album where it was more singing vocals and a little bit more of an R&B flavor. That sorta was the flower that we’ve been continuing to water and I think now we’re more firmly planted in the electronica beats, neo-soul, whatever you want to call it. I think it has been our saving grace actually — because I think had we continued down the road that we were on at that point I think that we would no longer be around.

I know that there is a contingent of fans that to this day still holds their hope out that we switch back. Phonte has two separate fan bases — he has a successful solo career where he still does Hip Hop, like his solo album in 2011 and he’s got one coming out in the fall. So he’s very much explored that too, however as Foreign Exchange we’ve definitely taken a move away from that and I think that’s exactly how it should be.

On Hip Hop Being “A Young Man’s Game”

I think Hip Hop is a difficult genre to age in. I think especially nowadays with the fact that it’s very much a young man’s game with social media, and a lot of these guys are spot on with all of that. At some point that becomes very hard to compete with. Same with the live show — we really wanted to do something more than just having a DJ with a rapper, and now we have a band. It’s not that we just decided we were going to move away from Hip Hop, I think ultimately it was something that more or less automatically happened just based on us getting older. We were getting married, we were getting divorced — things changed, so we’re at a different point in our lives, and I think that ultimately we think that we make the music that we want to hear and I think every album in that sense is a snapshot of where we were at that time.

I came up on Hip Hop in the late 80s/early 90s, and I’ll be very honest with you: I’ve truly lost touch, at least with what’s going on now. There’s a few that I enjoy listening to like Anderson .Paak, Kendrick Lamar, and I like J. Cole — kind of the usual suspects that are sort of carrying that torch.

On Working With A 15-Year-Old Wiz Khalifa

Wiz Khalifa is somebody that I worked with back in 2005 and he was like 15-years-old. I had him on one of my solo albums before anybody even knew who he was.

I was on BBE and my man Eddie at BBE called me up like ‘There’s a kid that I met that’s 15 years old that raps like Jay Z kind of’ and had a work ethic ingrained in him that he had never seen before. I heard some of his stuff and it was really cool — he’s from Pittsburgh, and we went to Pittsburgh and just built a rapport. So we recorded a track together, it was more or less just a thought. Just like, ‘Hey you know what? We like what you’re doing.’ He liked the beat that I did and so we recorded together and we even did a few shows together back around [2005-2006]. He’s a real good kid. I would come to Pittsburgh and I would rock a show and he would show up and come on stage.

I’m not [in touch with him anymore]. He is obviously in another stratosphere, and I respect that. I don’t like his current music per se, however already back then his team was working very, very hard to get him exactly where he is today. And so ten years ago already there were people plotting that out, and he’s had a very slow but steady growth to that level. So it’s interesting because when I look at that, I feel sort of more pride than anything because this is a kid — I literally met him with his mom.

It was his mom who needed to be there because he couldn’t get in and he was a real nice kid. A couple years later I saw him again and he’s all tatted. He wasn’t tatted when he was 15 obviously. So he went through a lot man, and it’s just interesting for me because I sit back and I just look at that and it’s crazy that they were trying that even back then, and they actually did. They really did it.

It’s a really random story, it’s my one random sort of claim to fame. I discovered Wiz Khalifa, which is not true but, I had a good tip. I can’t really claim credit for it because it was my man Eddie who found him, but it worked.

On Reaching The Heights Of Fame

You know what it is with a lot of those guys man, I don’t think all that glitters is gold. Just the fact that [Wiz] has had so many interesting situations in the public eye with partners. I just never would want to get to a level where my moves get scrutinized like that. I think it’s just at a point where, I’m sure that’s what he wanted, I look at that and I’m like ‘That is way too out there.’ I would like to grow and have bigger crowds or whatever but I would definitely want to keep it at a level where I can manage. Especially now that we’re getting older, it’s not really about the party any more, and it’s not really about doing all that, and getting high. It’s about starting the show, and we’re done then it’s hitting the showers, and we’re looking forward to going to bed.

On Music Becoming A Job

It can feel like a job, but not in a bad way though. It’s a job like anything in the sense that there’s days where you don’t really feel like it — like any job. But I think that those are also the moments where you realize how fortunate you are that you’re not working at Tim Hortons. Doing something that is this profound is a blessing obviously, so I try to always, even at the darkest moments, I try to always keep that in mind. This is a privilege that we get to do this. But that being said I’m comfortable where we are. I can go home, nobody knows who the fuck I am. I can go to Olive Garden and not get recognized.

On The Changes In The Music Industry

I think [the changes] are a challenge but they’re not something we can control. We always say, the only thing we can control is the music; we can make the music as good as we can. We can’t really control how people listen to it, what their preference is. Ironically our group grew up in the downfall of the music industry. When we dropped Connected, there still was a Tower Records, even though it was on the way out, we still had access to that. In 2016, it’s totally different.

So we noticed that you have to be an optimist against all odds and that is really just a difficult thing to do sometimes because you do see the downward spiral; but at the same time it gives us opportunities as well. It’s very easy to reach people — before streaming we wouldn’t normally reach internationally for instance. So I look at it as a positive, I like using Spotify personally, I don’t have any principle reasons against it; a lot of artists are yapping on and on about how they hate that shit. You hear [Radiohead’s] Thom Yorke posting a blog every other day, Spotify this and that. I don’t think it is really our place to point at that, I think that we just want to make the best music that we can make. I think that ultimately, hopefully that will always be enough, and if it’s not one day then so be it. But that’s truly, literally the only thing we can control.

Tales from the Land of Milk and Honeyis now available on iTunes.