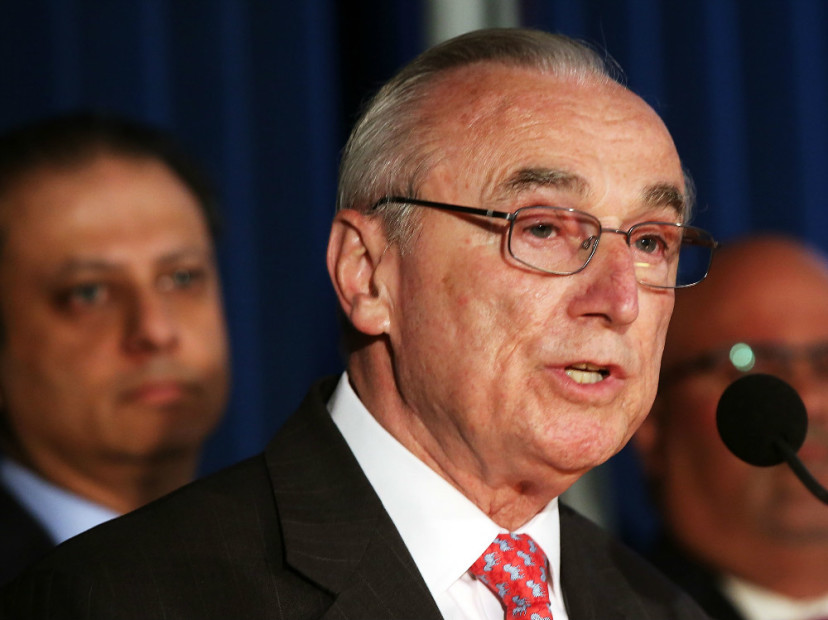 As police investigate what led to the shooting inside T.I.’s concert at New York’s Irving Plaza yesterday (May 25), authorities are blaming the violence on the nature of rap culture.

NYPD commissioner Bill Bratton spoke with WCBS 880 about the developments of the case.

“The crazy world of the so-called rap artists who are basically thugs that basically celebrate the violence they live all their lives and unfortunately that violence often manifests itself during the performances and that’s exactly what happened last evening,” Bratton says.

One person, now identified as Troy Ave’s friend Banga, was killed in the shooting. Three others were shot, including Troy Ave who was hit in the leg. A 34-year-old man who was shot in the chest was reported in critical condition. The other two victims are in stable condition.

There was reportedly a scuffle between two groups of people prior to the shooting. The incident happened outside of the second-floor green rooms. Uncle Murda and Maino were performing as the opening act for T.I. at the time the shots rang out. The gunfire could be heard over the music and concertgoers rushed towards the exits.

Police are collecting and analyzing evidence, including surveillance footage that shows the shooting.

“Detectives are still interviewing potential witnesses, canvassing for video and looking for cameras in the area that can identify people that were there that witnessed the scene,” Manhattan Chief of Detectives William Aubrey says. “We have recovered ballistic evidence and the crime scene search is continuing at this time.”

Aubrey adds that the security measures at the venue will be taken into consideration. Concertgoers passed through a security check and metal detector to get into the venue, but reports say the strictness of the measures was not up to par.

“The safety of our guests is of the utmost importance,” the venue says. “Until we have further details about what transpired, we are referring all inquiries to the NYPD.”

[1/2] The safety of our guests is of the utmost importance.

[2/2] Until we have further details about what transpired, we are referring all inquiries to the NYPD.