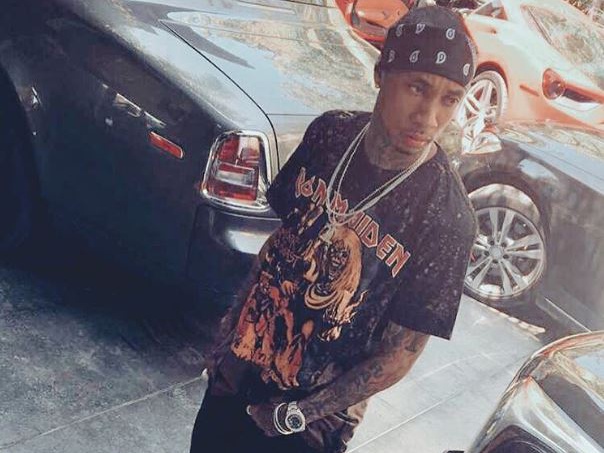 Tyga calls out his former label home on “Cash Money.”

Just when things appeared calm in the multi-layered feud between Cash Money Records and a handful of the label’s current and former artists, Tyga has taken aim at the label on the newly-released “Cash Money.”

On the song’s hook, Tyga lets it be known that he hasn’t received any of the money he’s owed from the label.

“Cause I’m paid cash money / Cash Money never paid me, but your boy did his thing and still made cash money,” Tyga raps.

Additionally, Tyga doesn’t call Birdman out by name, but appears to suggest that the Cash Money co-founder should pay Lil Wayne based on his loyalty alone. At the top of this year, it was reported that Lil Wayne planned on suing Cash Money for $51 million.

“I’m a Hot Boy, shout out Weezy Baby / If your man is loyal, nigga you should pay him,” Tyga raps on “Cash Money.”

Tyga has never been shy with his criticism of those at Cash Money. In 2014, the Cali rapper stated that the label had been holding him hostage.

“Never bite the hand that feeds you. But never starve for the hand that doesn’t. #LastKings,” Tyga wrote in a tweet sent in October 2014.

Tyga’s “Cash Money” record can be streamed in the video below.