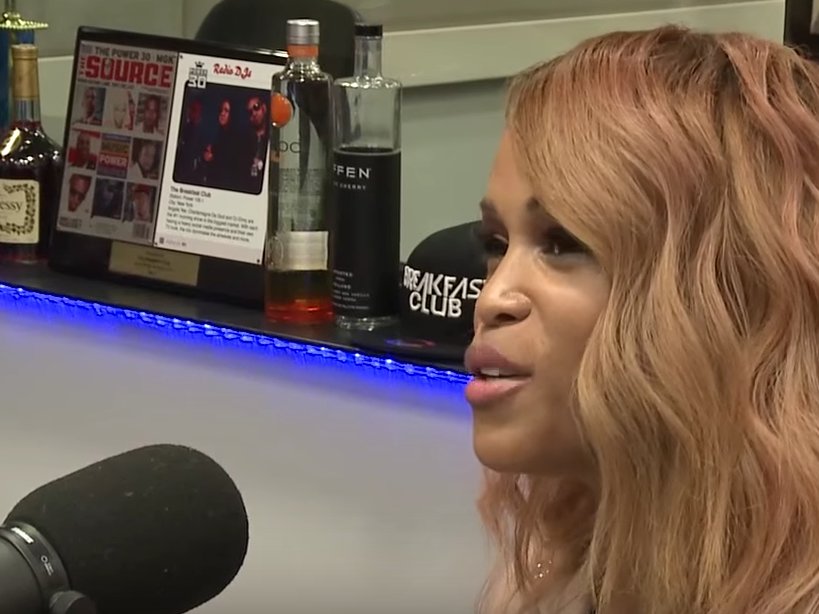 Eve Had To Break "Weed Girl" Perception Before Dr. Dre Signed Her To Aftermath

Eve is mostly known as a member of the Ruff Ryders as she nears two decades in the music industry, but she got her first big break when she signed with Dr. Dre‘s Aftermath Entertainment. In a recent interview with The Breakfast Club, the Barbershop: The Next Cut actress recalls getting the attention of the good doctor.

“Mike Lynn was like his right-hand man,” she says on the radio show. “These dudes who was like my homeboy managers at the time invited me over to the house and was like, ‘Yo, you should write raps for this dude. He’s got Dre’s ear.’ I was like, ‘Ok.’ And I did and he called Dre right there. I rapped for him.”

Eve, who went by the name Eve of Destruction at the time, says that Lynn was especially surprised because he thought she had a different occupation within the group she was hanging out with.

“He thought I was dropping off weed,” she says, “so he definitely thought like, ‘Why is she rapping? Why is the weed girl rapping?’ But he called Dre right there and I was in LA that next weekend, signed.”

The Philadelphia rapper’s career with Aftermath was short-lived and she was dropped from the label before releasing a project. She found a new home with Ruff Ryders, where she released two albums and garnered national attention.

Prior to becoming a household name alongside DMX and Swizz Beatz, Eve recalls a time she was hit on by Mike Tyson. Earlier this month, Jadakiss told the Drink Champs podcast that the boxer told Eve, “I’ll fuck the shit out of you.”

“I turned around and was like, ‘I’m only 17 years old,'” Eve says of the incident. “I was scared to death. That was right after he bit homeboy. I was so scared. I will never forget that.”

The Breakfast Club hosts ask her how she got away.

Eve is set to appear in Barbershop: The Next Cut with Nicki Minaj and Ice Cube. The film is due out in theaters Friday (April 15).

Watch The Breakfast Club interview with Eve below: