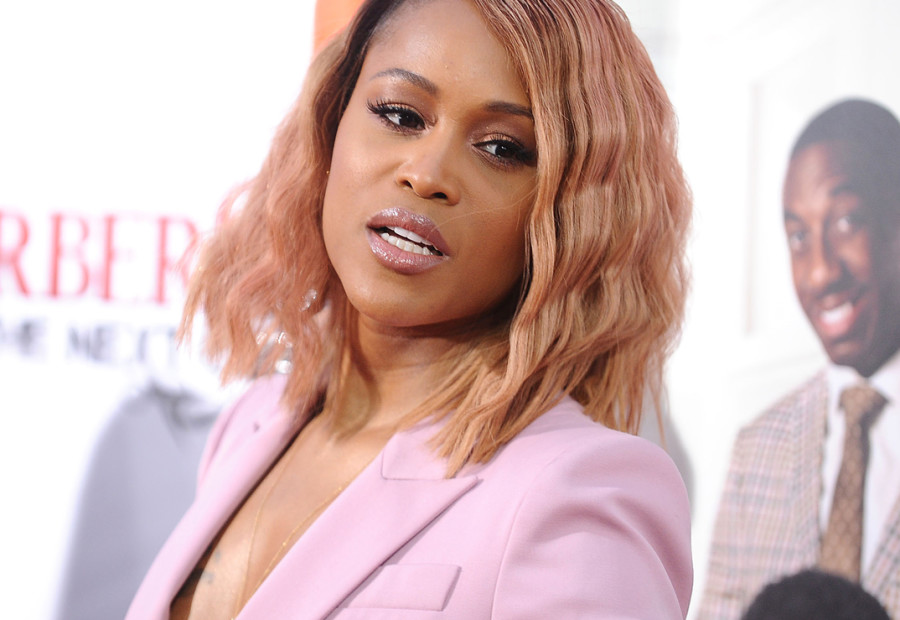 Eve On Current Music Hiatus: "I Needed To Wait To Be Inspired"

The odds have shown us that a female rapper has only a few best case scenarios. They can either be respected for their craft to the point where they’re scanning millions of units of their music and touring the globe internationally. Or, their natural talent (usually in the vein of looks or distinctive voice) can offer them the opportunity to nab a hosting gig or even break through Hollywood in some aspect.

Eve Jihan Jeffers-Cooper has been afforded the luxury to be privy to all the above, not to mention being renown for getting her pre-Michelle Obama on as the First Lady of Ruff Ryders back when they dominated the rap space.

Success breeds expansion and new opportunities and the Philly-to-everywhere-else transplant hasn’t been all that visible on the music front. Her last album, 2013’s Lip Lock, came and gone without so much as a viral moment, and memory doesn’t support there being a push for promotion on her end, neither. Of course, there was a perfectly good explanation for the absence of fury in her mic presence: she made it. When you’re sitting comfortably as Mrs. Gumball 3000 and have been called to reprise your role in one of the season’s most anticipated movies in Barbershop: The Next Cut, your priorities can become stretched a little thin. While sitting at the film’s press junket at the Beverly Hilton Hotel, the same confidence that garnered her a historic Billboard No. 1 album is the same she exudes when she walks in the room. Her long gawked at tattoo paw prints having been given the green light for fresh air and during part of our conversation, she explains the reasoning for developing a new project at her own pace.

“I will be going in the studio in the next few months—finally,” she tells HipHopDX as her Barbershop co-star Regina Hall egged her on. “But I needed to wait to be inspired. It took a minute but I now I’m completely ready and found where I wanna go and who I wanna work with. And it will still be an experiment because I haven’t been in the studio in a minute but I’m excited about it.”

She continues, “I write all the time; it’s my therapy. And there are times when I hear a beat or something and I still write. And I keep it to myself but it’s something that I feel like I need to do.”

Before there was Nicki Minaj, there was indeed Eve; a female rap star who could garner props on the mainstream and pseudo underground front and the two were able to interact on the set as both their characters Terri and Draya exchange a few words in the film. (Just a few!) When asked whether or not she saw a bit of a pitbull in a skirt in The Pinkprint, Eve debunked such a notion but did note another similarity.

“What I saw in the world that she’s in; I remember being on set and she was super busy” she recalled. “While she was working on the movie, she was also having to travel every weekend and I was like, ‘Damn, I remember being that busy.’ And I think the fact she was able to do what she had to do on her music side and still come what she needed to do on set was a great thing.”

It was the tail end of the 90s when Eve began to dominate radio charts with hits such as “What Y’all Want,” “Got It All” and the Dr. Dre-produced, Gwen Stefani-featured, “Let Me Blow Ya Mind,” which landed her a Grammy Award for Best Rap/Sung Collaboration. Although those records could still get burn at any rap-related jam, Eve says she understands the importance to her fans—and mainly herself—not to try to duplicate emotions and vibes that have long been tucked away in her cerebral scrapbook.

“I want to make sure this music means something,” she explained, elaborating “I definitely don’t just want to making a song just to make a song. But I want to showcase what I am now and where am I in my life now. I’m not trying to relive any moments. I appreciate all those moments and I wouldn’t be here without them but you know, I need to take [those moments] and bridge them to where I am now. So, yeah, that will be the challenge.”

At least she already has one supporter in Hall who (half) jokingly says she’s gonna take the reigns of her career and adding “[Eve] forgets how loved and phenomenal she is.”

“Regina has been on my ass about getting in the studio and I was literally like, ‘You need to be my manager.’ But I needed also to hear that kind of thing as well because sometimes you go away and you just don’t think about it.”

That’s what friends are for. Barbershop: The Next Cut arrives in theaters on April 15.