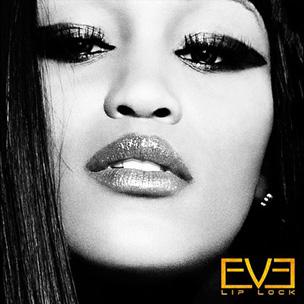 While it wasn’t an absolute hiatus given Eve’s 2007 attempt at releasing Here I Am, an 11-year gap between albums is nothing to discount considering the ever-changing climate where relevancy arguably plays as big a part as the music itself. Eve was unquestionably a presence in the early aughts, constructing a tenacious yet magnetic identity that came out in her lyrics and performance. With that as a reference point, Lip Lock should be classified as a trial and error project that reaches beyond its means.

Eve’s lyrical bite can still match her bark at times, and that shines through on tracks like “She Bad Bad” and “Zero Below.” Over grime-synth that pops on the latter, she brashly declares, “Isabel Marant, bottoms blood stained / From all these wannabes that thought they was better than me / Got ’em thirsty for it, give this bitch a drink / Iceberg dead ahead, I make Titanic sink.” Eve would be remiss in excluding Ruff Ryder alumni Swizz Beatz from her music revival, who fittingly laces her with a club anthem in “Mama In The Kitchen.” From the catchy Snoop Dogg hook to Eve’s vibrant tone, this record alongside “All Night” prove to be a winning formula for the Philadelphian-native.

When Eve takes a stab at expanding her style, the results become less impressive. She’s referenced her new abode in London as an inspiration to create “otherworldly” sounds, but that doesn’t excuse the excessive use of electro-pop that occurs on “Take Me From You.” Her stale rhymes become ubiquitous as the David Guetta-esque pulse is a beat drop away from candy bracelets and a spastic laser show. The Nacho (no, really) and Missy Elliott-assisted “Wanna Be” also dabbles in erratic strands of melody with each rapper submitting lackluster verses.

With a solid bounce cut that speaks more to her stateside sensibility, it’s hard to take Eve seriously on “Grind Or Die” when she carelessly claims, “My buzz stay strong, your buzz never started / My albums are the shit, your career never farted.” Her sentiment more pragmatic, “Make It Out This Town” is like a female version of B.o.B.’s “Both Of Us;” decent, but ultimately better fit for Cobra Starship’s catalog than Eve’s urban disposition.

Seeing Eve return is a welcoming sight, and while unexpected, the experimental arrangements of her new project can be written off as just that. The heart of the issue with Lip Lock is that Eve hasn’t restored the command she once had, which subsequently allows these new sounds to lead her down a road of uncertainty. Eve’s maturation as a person has been obtained through time; it may take more before her music catches up.