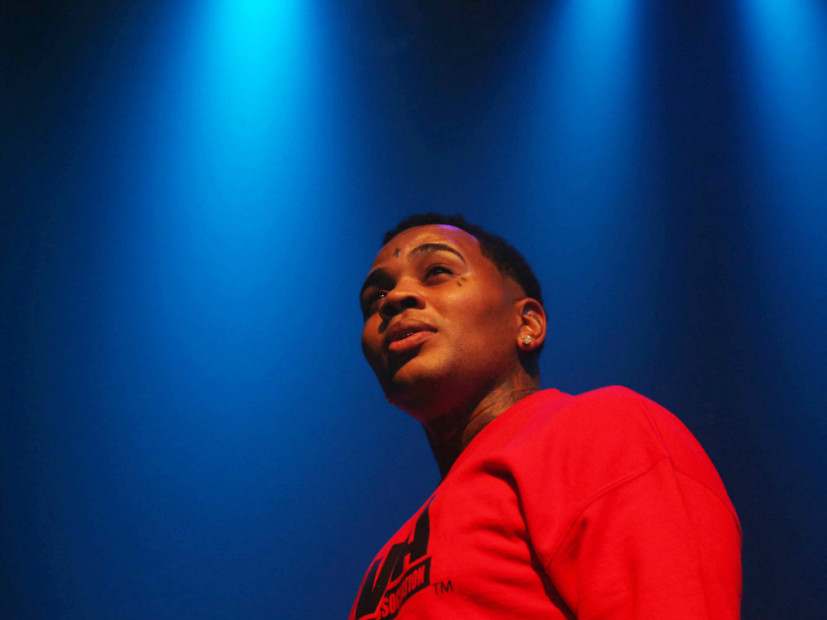 Many rappers have released edgy emojis, from The Game having an image of Wack 100 punching Stitches and one of his controversial #MCM Instagram selfies, to Future having an image representative of his “thumb in her butt” line from the song “Stick Talk” and an image of a styrofoam cup with a purple drink in it, appearing to be lean.

Kevin Gates joins the camaraderie by releasing his own “BWA” emoji pack, representing his Bread Winners Association. The Baton Rouge, Louisiana rapper took to Twitter to promote the app and said that one image was banned. The photo he posts is a picture of an animated character of himself holding a bottle of what appears to be cough syrup in one hand and a bottle of Sprite in the other. The two substances are the ingredients for lean, also known as drank.

Among the 90+ emojis that were approved to be in the pack include other animated faces of the Islah rapper, images of Gates’ wife, Dreka, the couple’s dog, Bread Winner Dick, BWA members BWA Ron and OG Boobie Black, BWA logos and cars.

Kevin Gates’ BWA emoji pack is available on the App Store for $0.99.

View Kevin Gate’s BWA emojis and the banned emoji below:

This emoji was banned – pic.twitter.com/LjEd3Y0P3I

You can get the BWA emoji app here – https://t.co/R3msfVayKW pic.twitter.com/3VJgEE9eoo