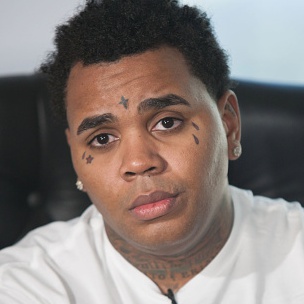 According to Kevin Gates, his upcoming album, Islah exudes both maturity and growth.

Gates spoke on his debut album and a handful of other topics, during an interview featured in XXL magazine’s winter 2015 issue. He explained that the vibe of his Islah project shows maturity and growth in his music.

“We weren’t going for the sound, it was the vibe, it was the feel, the feel [that] exhibits maturity, the feel exhibits growth,” Kevin Gates said. “I can see where I’ve gotten better as an artist. So that’s where my appreciation comes from. I like the body of work. I’m cool with it…The song quality, it’s just different. The way the songs are put together and arranged. I don’t mean like the tracklisting or the body of work. It’s not boring on the ears, the flow pattern and everything. It’s just beautiful. I got better.”

Gates, who named his debut album after his daughter, also spoke on being a family man. He says having a family and kids has always been something he’s aspired to.

“I always wanted a family,” he said. “I used to live with my grandmother. I used to wonder why the other kids in school went home with their mothers and fathers. I wanted to be the guy that got married. I wanted to be the guy with the children and the white picket fence. I never had that. And these other people that say they come from the streets and don’t aspire to have a family. What’s good about the streets? Once you grow to the realization, that hold on the game is rigged. These dudes with money that’s ballin’ out here, they are rats. Once you see that it’s really bullshit, why not want a family? I like being with my family. That’s my party.”

Islah is scheduled for release on January 29.