Killer Mike: Phife “Is Responsible For The Style And Grace And The Bop Of The ’90s" 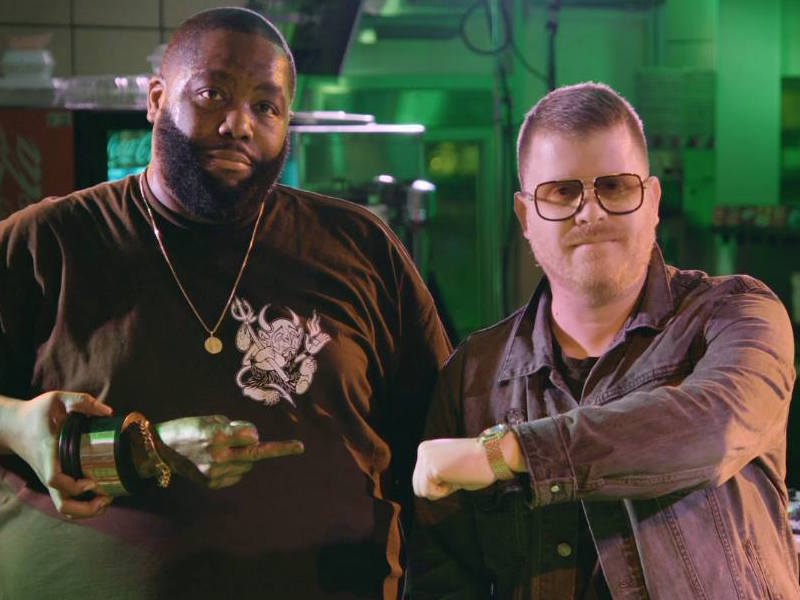 Killer Mike and El-P opine on the legacy of Phife during their WRTJ Beats 1 Radio show today (March 25). The Run The Jewels members share personal stories on how the late A Tribe Called Quest rapper, who passed away Tuesday (March 22) due to complications due to diabetes, meant to them.

“I remember cutting school to sneak to an Emory University concert to see you guys perform,” Killer Mike says during an intro to the radio show honoring Phife. “Phife set it off. He made us proud to be Georgia Tech fans because he wore their jersey, to be Atlanta Braves fans because he wore their hats. He is responsible for the style and grace and the bop of the ’90s. When you saw these hood kids running around preppy. His rhymes were clever and on point. He loved sports and music in the same way that me and so many of my friends did. He is, not was, is a constant inspiration to me for just how to be a cool motherfucker and drop dope-ass rhymes. And how to be the best presentation of what a group of people who don’t rap with each other’s style should be. You guys were on the shortlist of people we wanted to emulate as a group along with EPMD, along with OutKast, 8Ball & MJG, UGK. There’s Tribe. We want to uphold what it means to be a dope Rap group.”

“Everybody grew up feeling like this guy was someone you wanted to know,” the rapper-producer says. “And that he represented something for us that was even sort of innocent in a way…I’d just like to say thank you Phife for inspiring me. I remember listening to [A Tribe Called Quest’s 1991 album, The] Low End Theory. I had been kicked out of high school. I was in GED school in the L.E.S. All I could do was listen to Low End Theory. I was in a strange time of my life and Low End Theory kind of defined that time. Rest in peace, Phife. I will miss you and your music. You’re a hero to me and to a lot of other people.”