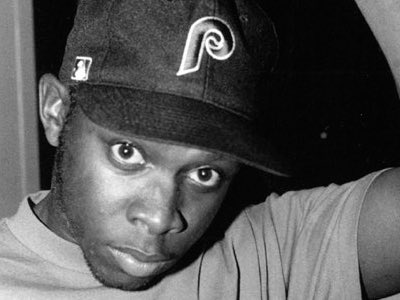 Phife Of A Tribe Called Quest Passes Away

Phife Dawg, founding member of A Tribe Called Quest passed away yesterday (March 22), according to several posts on social media. He was 45.

DJ Chuck Chillout sent one of the first tweets about the passing of the A Tribe Called Quest rapper.

Although a cause of death has yet to be reported, Phife suffered from diabetes and had a kidney removed in 2008.

A Tribe Called Quest released its debut album, People’s Instinctive Travels And The Paths Of Rhythm, in 1990. Although Q-TIp was featured as the lead rapper on the project, Phife (born Malik Taylor in Queens, New York) appeared on the hit single “Can I Kick It?” and the album-opening “Push It Along.”

Phife took a more prominent role on the group’s second album, the widely heralded The Low End Theory. Released in 1991, the project featured the singles “Check The Rhime,” “Jazz (We’ve Got)” and “Scenario.”

The group released its fifth and final album, The Love Movement, in 1998.

In 2011, the Beats Rhymes & Life: The Travels of a Tribe Called Quest documentary on the group was released. It detailed Phife’s medical problems as well as the friction between Phife and Q-Tip that led to the dissolution of the group.

Following are reactions to Phife’s passing.

One of the most influential rappers on me and hip hop period! Rest In Peace Phife Dawg and thank you for the legacy you leave behind.

REST IN PEACE TO THE INCREDIBLE PHIFE DAWG

the real ones know. RIP. pic.twitter.com/ojYD7bMnMC

Rest in peace to my friend Phife. #allmyheroesaredead ??

I'm Not Gonna Be Able To Get A Good Nite Sleep. REST IN PEACE TO PHIFE DAWG FROM A TRIBE CALLED… https://t.co/mSBzj4kOBu

?
Refuse to believe this.

This is some deeply disturbing news. Salute to a legendary artist #phife #phifedawg #atcq that helped shape music and hip hop culture.

Rip PHIFE DAWG A Tribe Called Quest inspired us all ! We will never forget!

I had the great privilege of being label mates with PHIFE during my JIVE Records days. It is an honor to have known him/RIP to a HIPHOP KING

May Phife dawg rest in peace and blessings to his family..

So fucked up to keep hearing sad news about our comrades in our culture…
R.I.P. PHIFE DAWG… #ATCQ LOVE TO TIP, ALI AND JAROBI…

"…ALL THE TIME TIP "@QtipTheAbstract

HipHopDX would like to send it condolences to Phife’s family and friends.