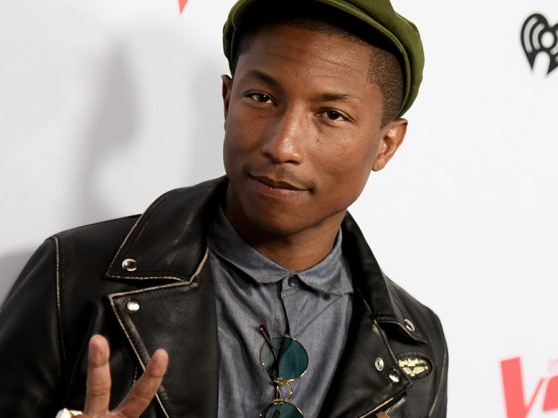 Pharrell Williams says he wouldn’t be where he’s at in his career, if it weren’t for Q-Tip.

While speaking with a group of New York University students, Pharrell Williams detailed the impact Q-Tip had on his music career. The Virginia beatsmith revealed that he wouldn’t “be doing what I’m doing right now if it weren’t for Q-Tip.”

Pharrell spoke on his relationship with the A Tribe Called Quest member after being asked to speak on what fuels the uniqueness in his music.

“You know what it is, man. I’m the trout,” Pharrell said. “I like to swim upstream. Just because I feel like there’s so much more space in the negative space. There’s so much more room in the negative space. It’s like if everyone is just staring at Mona Lisa, I’m like ‘You know what? There’s an incredible, huge backdrop behind her. There’s gonna be something in there for me. Let me go looking.’ And I never really liked going with the flow. I’ve just never really been interested in being a part of the camouflage. That’s just never been my thing. And it’s really interesting that I’m able to sit here with you right now because I wouldn’t be doing what I’m doing right now if it were’t for Q-Tip…That guy, still to me, is like everything.”

Pharrell later recalled an early 90s, studio session with Q-Tip. He says Q-Tip gave him the opportunity to rap on one of the songs, although his part ended up being “trash.” Despite not appearing on the song, Pharrell says he was too in awe of the opportunity to be upset.

“Somehow they let us in,” he said. “He gave me a shot to rhyme on one of the songs. And I wanted it so bad that as I’m rhyming, my voice went out. And he recorded me. It’s like hoarse. And of course it sounded like trash, so it didn’t go on the album. And I should have been devastated, but I was just like ‘Woah, I was just in the studio with Tip. And Ali came by. And Phife just walked by.’ And that was like everything for me.”

Video of Pharrell Williams speaking on the impact Q-Tip had on his music career, can be found below.