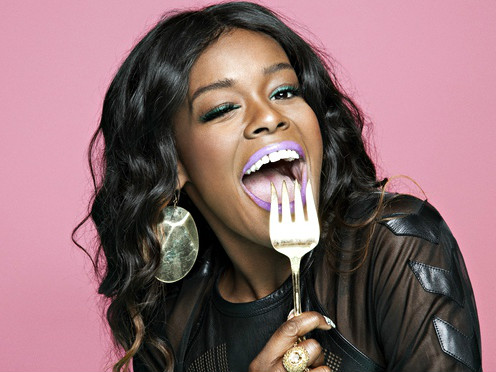 Azealia Banks is no longer on Twitter, but the Broke with Expensive Taste rapper has taken her social media activity to Instagram.

According to an Instagram post on The Shade Room, Banks commented on a separate post where the publication wrote about Iggy Azalea battling depression. The “Fancy” rapper shared with Power 106 that she had been suicidal in the midst of criticism and said that as she drove through the hills, she would contemplate driving off the road.

“YAAS slavemaster, drive that slave truck right off the canyon!!” Banks wrote on the post.

The two rappers have feuded in the past. Azalea apologized for a line where she called herself a “slave master” after Banks called her out for the lyric. Earlier this month, Azalea clarified her past beef with Banks by saying it was strictly directed at her and no larger movement, but added that “I still hate Azealia Banks,” to which Banks fired back.

View The Shade Room’s posts about Iggy Azalea and Azealia Banks below:

#PressPlay: Wow #IggyAzalea reveals she had suicidal thoughts because of constant ridicule via @Power_106 #TheCruzShow