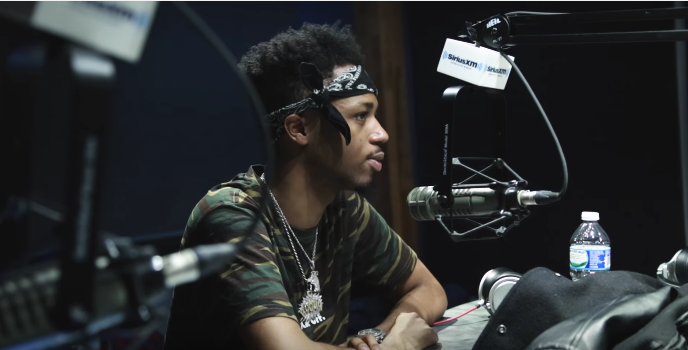 This week in Hip Hop, Metro Boomin spoke to DJ Drama about the origins of his viral tag, “If Young Metro don’t trust you, I’m gon’ shoot you.” The tag has gained cultural prominence after appearing at the beginning of both Drake and Future’s “Jumpman” and more recently, Kanye West’s “Father Stretch My Hands Pt. 1.” Elsewhere this week, Young Thug took aim at Rich Homie Quan during a concert in California and lastly, Drake confirmed that his highly anticipated Views From The 6 album will be released sometime next month.

Metro Boomin’s now ubiquitous tag, “If Young Metro don’t trust you, I’m gon’ shoot you,” was the center of discussion when the producer spoke with DJ Drama in an interview published late last week (March 12).

First voiced by Future on Uncle Murda’s “Right Now,” the tag has subsequently gained viral attention after appearing at the beginning of Drake and Future’s “Jumpman” and more recently, Kanye West’s “Father Stretch My Hands Pt. 1,” a cut off Yeezy’s album, The Life Of Pablo.

“I’ve been using that as a tag in beats since about August,” Metro Boomin said. “‘Jumpman,’ before the song was recorded, that beat, it already said that. Me and Future had did this song with Uncle Murda and one of the lines he had said in there was, ‘If young Metro don’t trust you, I’m gon’ shoot you.’ When he said that it had a different tone, but I remember when we were in the studio he had another tone, which is the one that’s the tag that was just like muted. I just made sure to go back on the session and just get it and just go HAM with it.”

“Fuck Rich Homie,” Thugger can be heard saying in a video posted by Kollege Kidd.

This latest verbal jab from Young Thug is yet another episode in the ongoing saga between the two Atlanta rappers.

Taking to Instagram earlier this week (March 15), Drake appeared to confirm that his highly anticipated album, Views From The 6, will be released in April.

The Toronto rapper uploaded a picture of a billboard that read “VIEWS.” In the post’s caption field, Drizzy wrote “APRIL.”

– Kanye West Updates “Wolves” On “The Life Of Pablo”