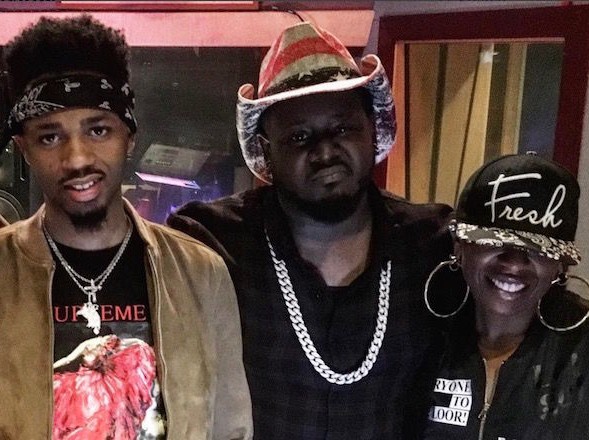 Add Metro Boomin, Dej Loaf and Missy Elliot to the list of artists T-Pain has enlisted to help create his forthcoming album Stoicville: The Phoenix.

The rappa ternt sanga shared his moment of being in the studio with Metro and Missy on Instagram Saturday (March 12).

“Just got out the studio with Metro, Missy and Dej,” the Tallahassee, Florida singer tweeted. “Shit bout to go down fr.”

The Multi-Platinum musician also spent some studio time with Puff Daddy, whom he described as being a “pain in the ass” to deal with while working on Stoicville: The Phoenix.

“It was a four-day session for one song and Diddy would just push you to do things that you wouldn’t normally do,” says T-Pain in an interview with Andy Cohen for Watch What Happens Live late last year. “He would try to get you outside of your box – that’s a little hard to do in a few hours. But I think in the end, him being a pain in the ass kinda helped me be better with myself and I would push myself the way Diddy would push me.”

Stoicville: The Phoenix was previously given a December 15, 2015 release date, however that date has since been pushed back.

Despite the push back, T-Pain has released four singles including “Make That Shit Work” featuring Juicy J, “Roof on Fye”, “Do That Shit,” and the Valentine’s Day released cut, “Officially Yours.”

T-Pain’s social media posts of him in the studio with Metro Boomin, Missy Elliot & Dej Loaf is as follows:

Just got out the studio with Metro, Missy and Dej. Shit bout to go down fr.