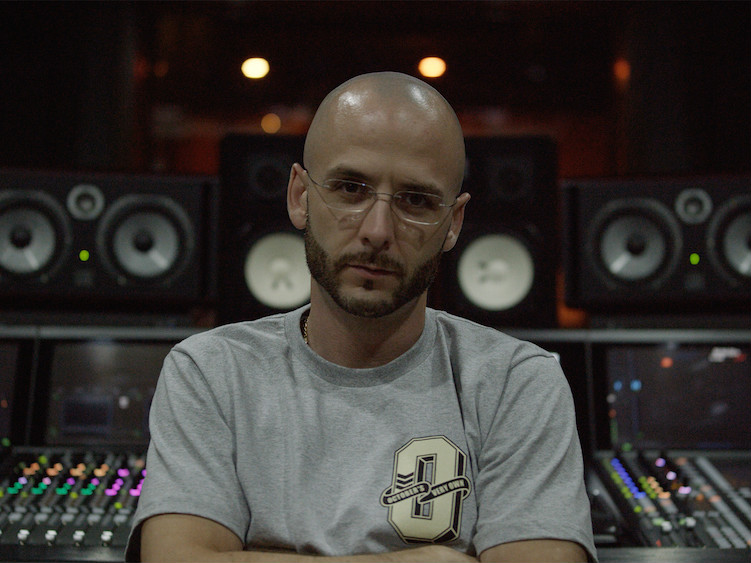 Toronto, ON – Noah “40” Shebib has ascended to the top of the music industry as Drake‘s trusted producer. His work on the Toronto rapper’s “Back to Back,” was nominated for Best Rap Performance at this year’s Grammy Awards, the first ever diss track to be recognized by the Academy. He also played a key role in shaping Drake’s Take Care, which won the award for Best Rap Album in 2012.

With Native Instruments, 40 takes fans on a tour of his studio in Toronto, which Drake fondly calls “The 6,” in a video premiered by HipHopDX today (March 16).

“We’re isolated here in Toronto in our own little world,” 40 says of working in the Canadian city, “and there’s not a lot of big names popping by and it’s quiet and we can focus. So this is sort of like our army base offshore that we like train for war in and then when we’re ready, we go to war and no one sees it coming because we’re not training in front of anybody’s eyes.”

Even though 40 is credited as being the producer behind much of Drake’s vast soundscape, the beatsmith says that he prefers playing the background role when crafting for artists. He has also worked with Beyonce, Lil Wayne and Action Bronson.

“When it comes to Drake, my objective is to make the artist the #1 priority at any cost,” he says. “My goal is to make them happy. As much as I want to have integrity in the work that I’m doing, I want to make sure they’re getting what they want. Because they’re the ones that have to go on stage and perform it. They’re the ones who have to carry that record for the rest of their lives and their careers.”

An example of this mentality is his work on “Jungle” from last year’s If Youre Reading This Its Too Late. The track plays in the background of the video as 40 explains creating a signature sound with Drake. He explains that to create the “very lo-fi underwater sound,” he does not do the expected process of utilizing a low-pass filter.

“I’m actually degrading the sample rate,” he explains, “so I’m removing those frequencies from the top end. They’re not even getting sampled in the first place. They don’t even exist. When you take out that pristine high end and sort of lower the sample rate, it would become a little more authentic almost, different, like it was sampled or like it was taken from somewhere. The most important reason was back to what I was talking about about focusing on an artist versus focusing on myself as a producer, so instead of focusing on my music, I was carving out an entire space in the frequencies so the artist occupies the top end completely almost exclusively and the music sits in the bottom end. In a way that nobody would do it.”

Even though this production technique is unconventional, it creates sonic depth and provides a platform for the emotion that Drake has been able to capitalize on as he’s created his own brand.

“It was just me and Drake wanting to do something different and to make a sound that we felt like was unique and it really resonated with people,” 40 says. “But that’s also the co-production of Drake on that level ’cause he is a producer by any means and he’s also responsible for that simplicity and he’s also responsible for a lot of the sound that I’m heralded as creating, but we created together.”

40 promotes Native Instruments products MASCHINE and KOMPLETE KONTROL that he uses to help his creative process. He says that he uses the MASCHINE platform during all stages of creating a song. He cites a specific time when he produced “30 for 30” for Drake and Future’s What a Time to Be Alive album.

“At the very end of the project, I felt like it needed a little more something in that record,” he says. “I pulled out MASCHINE and locked it up and tap, tap, tap, done. So it’s like a great closer for me, but it also is the starting point for me as well.”

In regards to KOMPLETE KONTROL, 40 says that the program helps him organize all of his resources, ultimately creating a simpler, more engaging process that translates into the message of the music.

“Simple usually translates to real because there’s not too much,” he says. “It’s not overdone. The simplicity factor is like, ‘Hey, this is it. This is in my heart on my sleeve. Take it or leave it. This is real. This is us.'”

Watch the video of Noah “40” Shebib giving a tour of his Toronto studio and detailing a signature sound with Drake below: