Lil Wayne Applauded After Hanging Out With Military Personnel 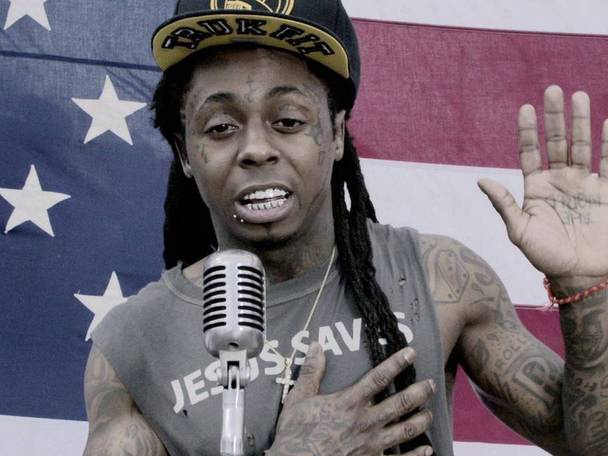 Lil Wayne and his entourage described as being “friendly as hell” following impromptu visit with military personnel.

An encounter rapper Lil Wayne had with military personnel at an Indiana airport over the weekend was detailed in a Facebook post uploaded by a woman who witnessed Wayne’s impromptu hangout session.

Amanda Cooper Lickliter, who says she was “impressed” by Wayne, described the encounter in a post uploaded to her personal Facebook page on March 5.

“So Lil Wayne came through IND today,” Lickliter wrote. “At the same time he was due to depart, there was a military C130 arriving. It parked next to the Gulfstream he was on, and about 30 men in uniform crossed the ramp into the lobby. After they walked in front of the G-550, Lil Wayne apparently told his pilots he wanted off. They shut down their engines, and he and his boys got off their plane, came into the lobby, and shook every one of the service men’s hands. There was no press and no one to show off for…just a seemingly genuine act of respect. I know a lot of controversy surrounds him but, today, I was impressed.”

Lickliter says she’s been a fan of the rapper “from day one,” despite the occasional raunchiness. She also applauded Wayne’s entourage for being “friendly as hell.”

“I’ve liked him from day one,” she wrote in the comments section to her original post. “He can get a little raunchy for me sometimes, but I’m still a fan. He made me smile even before this by treating my line guys with respect…his entire entourage was friendly as hell too. Doesn’t happen often. And then to see his whole crew jump off their plane, just as they were getting ready to taxi away, and come in to make my military men smile…it was great. And here I thought my cookies and the pizzas I ordered for them would be the highlights of their day!”

A photo Lickliter snapped of Lil Wayne, who just released his Collegrove album with 2 Chainz, posing with military personnel, can be found below.