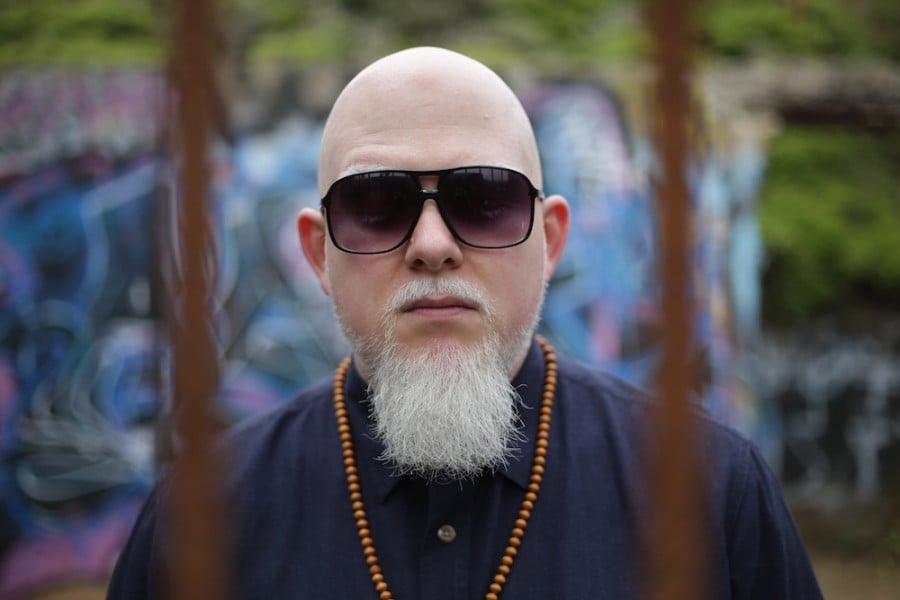 Brother Ali has established himself as one of Rap’s most insightful and political artists through a decade-plus career of high-minded material. But the Minneapolis rapper says that his work-in-progress new album will have a different direction than, say, 2012’s Mourning In America And Dreaming In Color.

“This album is a lot less overtly political in the sense of policies and distribution of things,” Brother Ali says during an exclusive interview with HipHopDX. “It’s a lot more dealing with community and life, how to be a person, how to actively practice the art of loving and how to practice what it really takes to be a community.

“It has a lot to do with how we can get our hearts right and how to be bonded and to be connected to each other in really genuine ways,” he continues. “I’m not claiming to have the answers. But a lot of people rap about what their aspirations are. Some people might rap about, ‘I want to get my mom a house.’ You might not have done it yet, but a lot of times we make art about what we’re dreaming about. I’m not saying I have the answers, but that’s just what’s really motivating me right now and that’s what the music is mostly about.”

The Rhymesayers artist says that his new album doesn’t have a title yet and that he’s not sure when it will be released. He does say that there will be a song about friendship on the collection, a selection that deals with what should happen when we disappoint each other and how to give people a chance to account for what they’ve done

“People my age and younger, we have a difficult time practicing accountability and communication when things aren’t going well,” the 38-year-old rapper says. “So if somebody does something that disappoints us or that offends us or that hurts us, there’s a way to, as a community or as a group or as a family, hold somebody accountable in a loving way. You basically bring the issue to the person and the idea has to be that, ‘I love you and you would never be doing this if you realized how hurtful it is. It just seems that you’ve failed to see how disruptive this thing that you’re doing is.’ So you make it known to the person so that they can see it and hear it and understand it and deal with it and wrestle with it and then account for it and change it. Or, also give them an opportunity maybe to where they could say, ‘I did this on purpose and this is why. This is me. This is what I’m doing, what I’m on.’”

Brother Ali: We Need To Relearn What We Lost Over Time

Brother Ali says that one of his goals is to live in a place where he and his neighbors have a healthy community life. People approach things from strategy and theory, but what ultimately makes or breaks those things is people’s ability to love each other, he says.

“We live in a culture, the global monoculture is hyper individualist, hyper competitive and it really discourages people connecting on a heart level,” Brother Ali says. “A lot of times we might be connecting on our devices, but in terms of actually living life together, I think that there’s a lot that we need to relearn that we lost over time.”

Some of Brother Ali’s travels helped him reconnect with something he’d lost, too. During the early portion of his career, he worked extensively with producer Ant, one-half of Atmosphere. More recently, though, Brother Ali had been collaborating with Jake One.

For different reasons, both Brother Ali and Ant had been splitting their time between Minneapolis and the San Francisco Bay area. Brother Ali had been attending an Islamic college in California, and Ant and Atmosphere partner Slug attended one of Brother Ali’s shows in the area. Once Brother Ali and Ant reconnected, they began spending time in the studio with G. Koop, who worked on Atmosphere’s 2014 album, Southsiders.

Over the course of several weeks, the trio created the music that will serve as the foundation for Brother Ali’s forthcoming album. Brother Ali says he also wrote about half of the project’s rhymes as the music was being made and that he’s working on the lyrics for the second portion of the album now.

The rapper hasn’t put out a full project since 2013’s Left In The Deck and says he hasn’t adjusted to the rapid pace at which artists release music today.

“I’m trying to get a grasp on the idea that people put out music all the time,” he says. “It’s very difficult for me to release music just for the sake of releasing it. I really believe in what I’m saying. I don’t have the sense that you just make music in a moment and then it’s gone. I try to make things that I feel I can stand by – or at least they’re the most true expression of where I’m at at a particular moment.

“It’s always a journey and a process,” he continues. “When you’re really actively engaged in work, especially like art or community organizing, spirituality and stuff like that, you constantly learn, you constantly evolve and adapt to what you’re learning.”