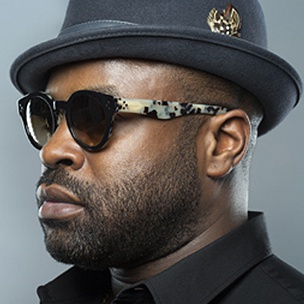 Black Thought calls J Dilla “the common denominator” between Kanye West, Pharrell Williams, A Tribe Called Quest and a number of other artists.

On the tenth anniversary of J Dilla’s death, The Roots’ Black Thought spoke with Ambrosia For Heads about Dilla and the late musician’s artistry, among other topics. When asked about Dilla’s music being classified by some as neo-soul, Black Thought disagreed with the label and shared his belief that the producer’s music transcends both genres and regions.

“Dilla was the common denominator between Kanye West and Pharrell and The Roots and A Tribe Called Quest and The Pharcyde, Erykah Badu, D’Angelo,” Black Thought said. “The list goes on and on. Dilla’s influence transcended genres. And it transcended regions. And it was something that—It was something that we were all willing to kind of foot the bill in order to travel to Detroit and go to this grown man’s mother’s basement to experience…Everything that came as a result of what we were doing, JD was like the blessing that made that possible.”

Black Thought later recalled traveling to Dilla’s studio in Detroit every December. He explained that every year, Dilla would release a collection of beats in January, and artists would travel to Detroit around New Year’s Eve.

The Roots lyricist revealed that following his annual visit with Dilla in December, he would then travel to producer Scott Storch’s house in Miami for an additional “gem or two.”

“I remember New Year’s at JD’s was—It marked the end of a week that we had spent at J Dilla’s crib,” he said. “Not at J Dilla’s crib, but at J Dilla’s studio, which was in the basement of Ma Dukes crib…It was an annual thing for me. Every year I would go to Detroit for at least a couple of days to spend with JD. So, that I could be one of the first people that got his tape for the upcoming season. Every January, he would put out a new volume of beats. And certain people like Q-Tip, Busta Rhymes, Common, myself, Erykah Badu, a longer, but in essence it’s a short list…I started saying ‘Aight, if the batch is coming out in January, he’s gotta have it in December, too. It’s probably done. So, let me start going out to Detroit to hit him up.’ Every December…In January, I would come here to Miami and I would mess with Scott Storch.”

Video of Black Thought speaking on classifications of J Dilla’s music, can be found below.