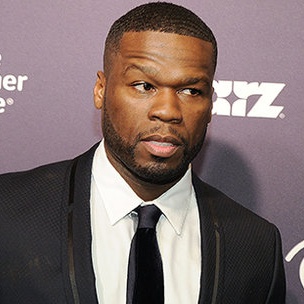 The attack was allegedly at the hands of a Murder Inc. artist.

Smurf explained that as a result of the incident, which he says took place before G-Unit was formed, the engineer and Tony Yayo wanted to sue.

“That order of protection is—How can I put it? It’s accurate,” Bang ‘Em Smurf said. “It exists. It’s true. But I talked Yayo out of not suing. Because what they was gonna do—They was gonna sue. I think the engineer was the main nigga who really got injured the most. He got stabbed in his chest, so he was the one pushing the lawsuit. So, he actually pressed charges. So, that’s how 50 and Yayo got caught up in it. Because Yayo got stabbed in his hand. He went and got stitches. And 50 got poked in the back. But that order of protection do exist. I had to actually talk Yayo out of it. Like ‘You can’t be suing, nigga…We from the fuckin’ streets, nigga’…And if Yayo say I’m lying, he a certified sucka.”

Bang ‘Em Smurf also touched on the late E-Money Bags’ feud with Murder Inc. and Kenneth “Supreme” McGriff. He explained that those in Murder Inc. were targeted because they weren’t “really built like that.”

“It was like at the end of the day, they gotta eat,” he said. “They stick-up kids. They robbers. That’s what they do, my nigga. And they was always having little beef cause niggas know the Murder Inc. camp wasn’t really built like that. Ain’t nobody in that camp really thorough…Just because you from the street, you fight a lot, or you might get busy. That don’t mean you a killa. You understand what I’m saying? They ain’t really had no killas around them. And Preme was they only strength. And Preme ain’t no killa. Preme [will] pay a nigga to blow your top off. He like a 50. Them niggas ain’t no killas. But they’ll pay a nigga to blow your top off.”

Video of Bang ‘Em Smurf speaking on 50 Cent’s alleged order of protection against Murder Inc., can be found below.