Today (June 1) marks Murder Inc.’s 15-year-anniversary, according to Irv Gotti, who posted an image and caption about this on Instagram.

“June 1st, 1999. Murder Inc Records was born. Ja Rule releases his debut Album Venni Vetti Vecci. 2 Niggas from Hollis a Queens started there journey to FUCK UP THE WORLD! Ambition beyond what you can think of. We went on to create our own MURDER INC SOUND. A sound niggas is still running with to this day. Went on to give hits to other artists with our SOUND. Went on to break other artist with our SOUND. Now I know people may think a lot of different things about me and Ja and MURDER INC. But really. What we have done in this game. Cannot be disputed. Me and my nigga Ja is #LEGENDARY. Period. And as long as I breathe. I breathe MURDER!! We Did It Rule!!!!#hiphopimmortality,” Irv Gotti’s caption says.

In 2013, Ja Rule addressed Murder Inc.’s success and how he felt the label fell.

“It was a roller coaster because everything—we was going up so fast and everything was happening so fast and then it went ‘shooom.’ It was no slope. It was no dip. It was just a straight [drop],” Ja said at the time. “And it was weird because I’m really, really a fan-driven artist…I think a lot of people think I was angry at the fans, but I wasn’t as much angry as I was hurt. Because like I said, I did a lot for my fans. It was really a weird time for me and I think out of that came the anger. And then I went into a dark place. And everything was dark for me. Everything that I wanted to do was just angry. My music, the way I moved on the streets.”

“It wasn’t just one thing, like everything came at us,” he continued. “So, I couldn’t even do business because the Feds told Universal if you do any business with Irving Lorenzo, you’re gonna be codefendants with Irving Lorenzo…I couldn’t enter into a new agreement. So, they couldn’t give me no money,” Irv explained. “They couldn’t do nothing. So, I’m sitting there trying to organize things and do things and I gotta do it with nothing because the Feds is on my back.” 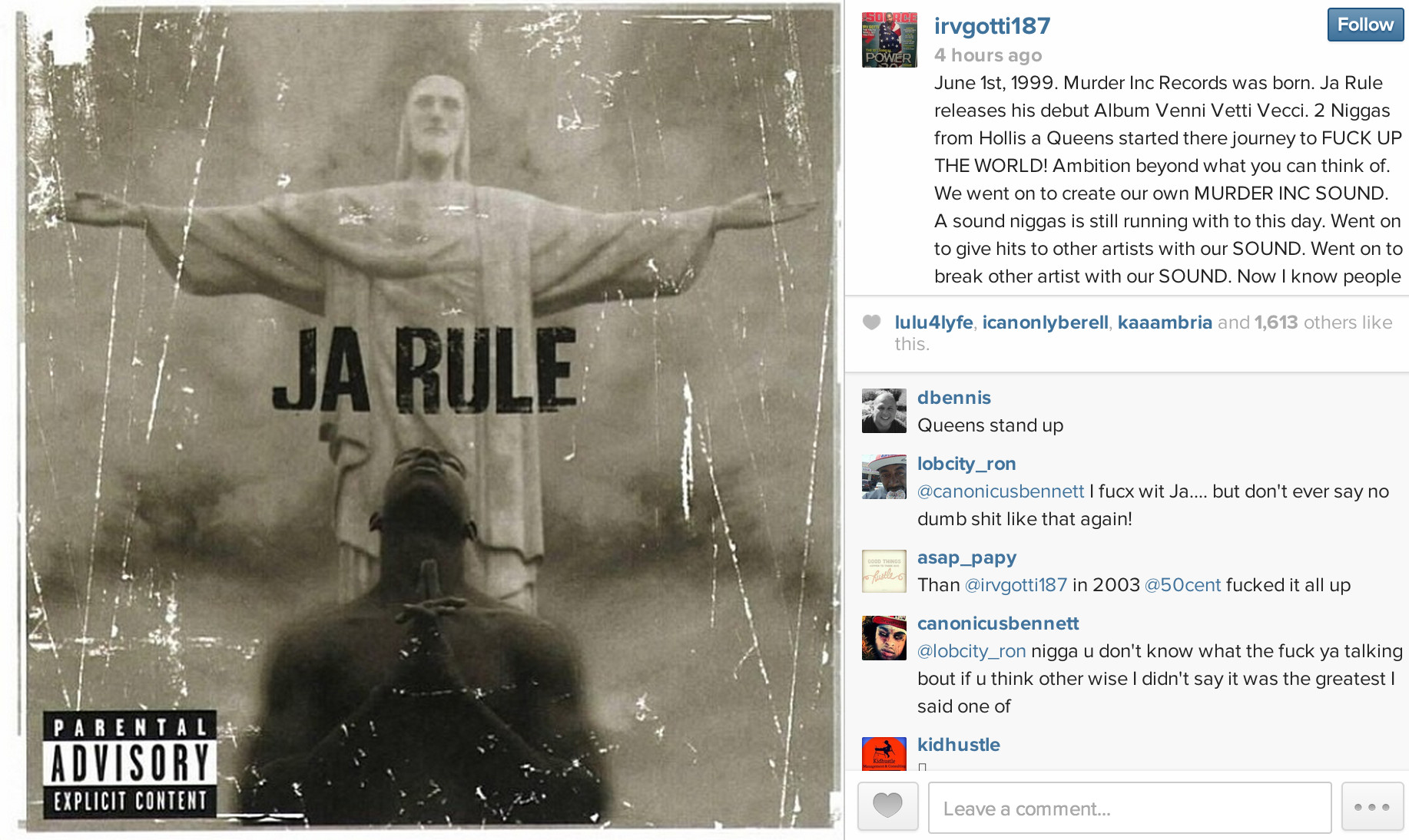