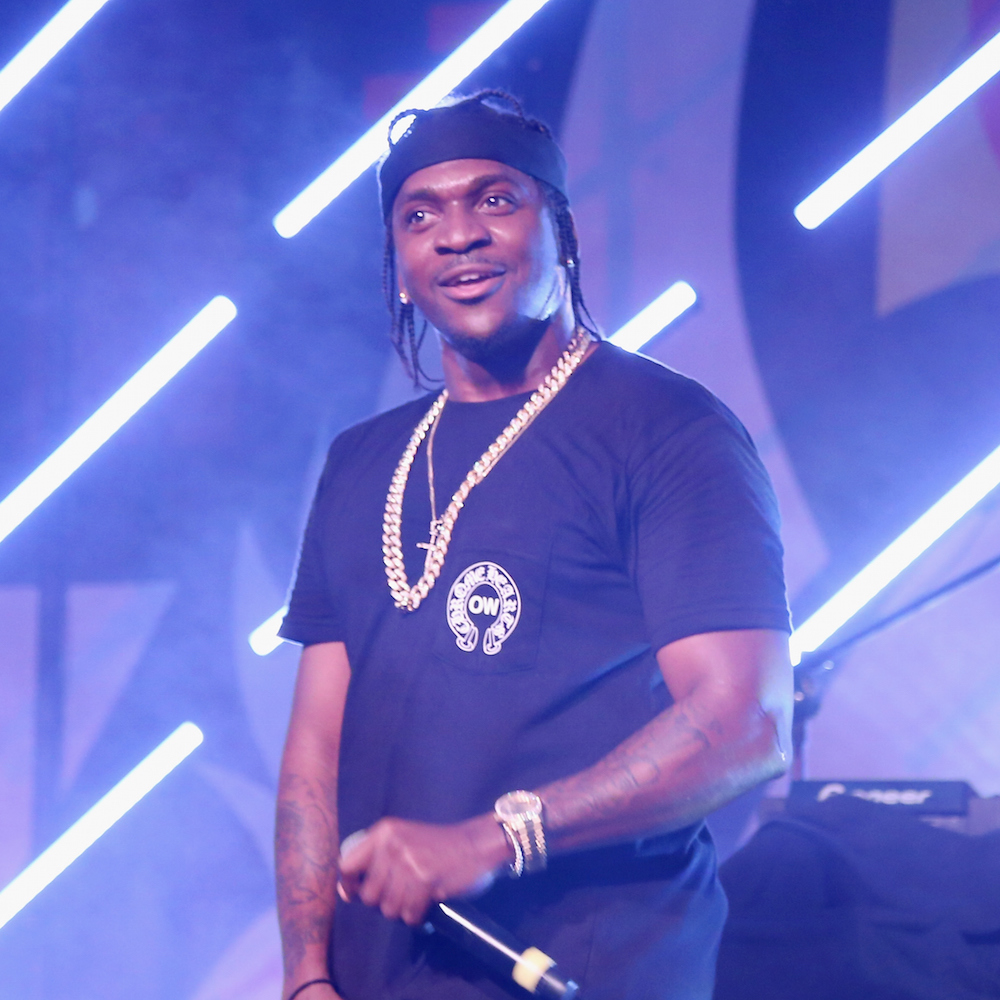 After releasing lyrics to the song, Pusha T has now explained his Tyga reference on his “M.F.T.R.” track, which is slated to appear on Darkest Before Dawn: The Prelude.

“The Tyga line was,” Pusha T says during an interview with MTV, “I thought it was a ballsy move for him. At the time, he was leaving a label with so much greatness associated, record sales and everything associated with them. He was like, ‘I’m not making no money. I’m outta here.’ So, when I say, ‘You ask me, Tyga looking like a genius,’ that’s how I feel. That’s how I felt about it. Some people would sit in a rut. He was like, ‘Nah, I’m out. Forget it.’”

As for the overall project, Pusha T says that Diddy, in particular, pushed him artistically while producing on the project.

“He set the bar really high,” Pusha T says. “Lyrically, he’s a very particular critic. It’s hard to impress. You just have to be on your A-game. He’d even make me write different. He’d tell me, ‘If I know what your next line is gonna be then that’s the wrong line.’ And then, I’d have to remix it. But it was all about impressing him.”

(The original story in this thread was published December 7, 2015. It is as follows.)

Pusha T calls out Tyga on a track from his forthcoming Darkest Before Dawn: The Prelude album.

The lyrics for “M.F.T.R.” were released via Genius prior to the project’s December 18 release. On the song, Pusha T compares himself to successful New York Yankees baseball players, contrasting himself from Tyga.

“No retirement plans, no Derek Jeters / We all know I did it, Rodriguez / The illusion of money we don’t believe in / You ask me, Tyga looking like a genius / I’m Kim Jong of the crack song / Gil Scott-Heron to the black poem / Woo, the revolution will be televised / ‘Cause we done see all and they telling lies,” he raps on the track, which features The-Dream.

The Virginia Beach, Virginia rapper also makes a general diss to rappers who don’t live the lifestyle they portray.

“Niggas talking it, but ain’t living it / Two years later admitting it, all them niggas is renting shit / They ask why I’m still talking dope, why not? / The biggest rappers in the game broke, viola” he raps.

The user comments suggest this is aimed at Lil Wayne, who is suing his label, Cash Money, for millions of dollars and whose home was raided by police because he owes money to a private jet company.